Material science is advancing at an incredible rate in the world of additive manufacturing, largely in response to ongoing research into its potential applications, and its increasing acceptance across a range of industries. Earlier this week, we interviewed Dr Bastian Rapp of NeptunLab, who talked in depth about his laboratory’s development of their own 3D printing materials to suit their researchers’ requirements. Similarly, when we spoke to Dr Richard Buswell of the University of Loughborough, we heard how much of the research into 3D printing for construction was focusing on developing a 3D printable concrete material. Both examples mark a subtle but powerful shift in the way we are talking about 3D printing in modern industry.

Rather than trying to force existing technologies and materials into applications for which they are not necessarily suitable, or are unable to compete with well-established approaches, more and more researchers and industry professionals are looking for areas where AM has the potential to fill the gaps in traditional processes, allowing manufacturers to achieve results that would previous have been difficult or impossible. This, in turn, has led to developments in materials and technology that will help turn these concepts into workable realities.

We saw a great example of this earlier in July, when Made In Space announced the launch of their new plastic 3D printing material, designed specifically to be used in the vacuum of space. The International Space Station has been making use of an onboard SLA printer since 2015, manufacturing tools on an as-needed basis, eliminating the cost of transporting them from Earth and helping the crew maximise their available space (an approach that is also utilised in the automotive and aerospace sectors). The limitation here is that existing 3D printing materials (ABS and PE in this case) are not able to function in outer space, meaning that any tools produced can only be used inside the space station, and any repairs to the exterior will still require tools and replacement parts to be transported up.

Made In Space have solved this problem by developing a new 3D printable plastic, called polyetherimide/polycarbonate (PEI/PC). This new material promises to not only be stronger than the existing materials on the ISS, but also resistant to UV and atomic oxygen. This way, specialist tools and replacement parts for the ISS’ exterior can be printed whenever they are needed.

The immediate benefits to the ISS’ crew are obvious, but plans are already in place to expand upon this success. By 2018, Made In Space are aiming to supply the ISS with a working version of their Archinaut — their own model of 3D printer that will actually operate in the vacuum outside the space station. This will open the door to actually printing small satellites in space. For research institutions and universities, this has huge implications, as it makes the idea of deploying their own satellites in an affordable way a genuine possibility.

When one considers this in parallel with the work taking place at the M.A.R.S (Modular Analog Research Station) project, it is clear that additive manufacturing will definitely play a key part in future space explorations. But while these are certainly exciting developments for humanity’s future among the stars, we should not lose sight of what they mean for industry back on Earth.

As we see more and more new materials and technologies develop to meet industry-specific challenges, additive manufacturing as a whole will begin establishing its own niches, distinct from traditional manufacturing approaches. This will help dispel the lingering image of AM as a competitor for traditional manufacturing, and encourage more companies to explore intelligent, integrated workflows, where different technologies complement and enhance each other.

Furthermore, once new 3D printing materials and technologies have demonstrated their capabilities in successful, high-profile projects, manufacturers will be free to experiment with other applications for them. For example, we’re already excited to see how PEI/PC could be utilised in other challenging environments back on Earth.

This shift in the conversation’s tone bodes well for additive manufacturing’s developing reputation as a robust, versatile technology and is sure to lead to more innovations in the near future, in terms of technology, materials and processes. 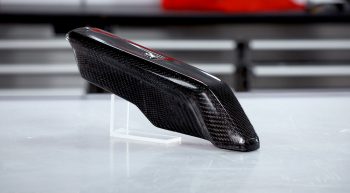 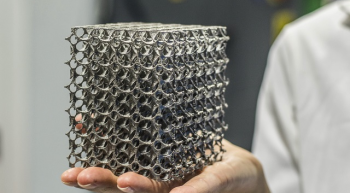 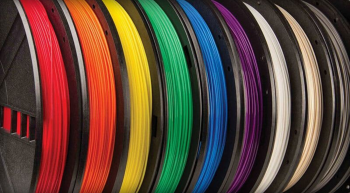