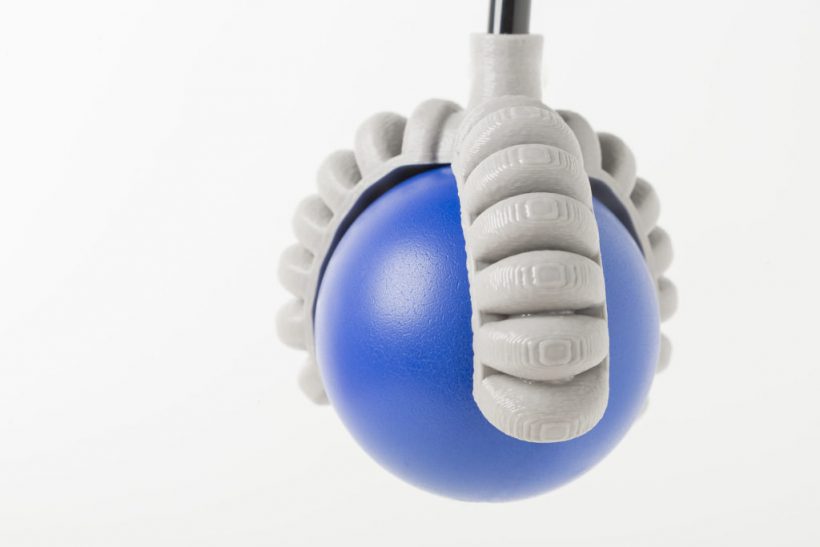 Silicone 3D printing is a novel, but extremely versatile, technology that can be applied in most industries, including the healthcare, robotics and automotive industries.

The rise of silicone 3D printing

Silicone is a material that abounds almost universally, from textiles to automotive parts. It can withstand astonishing stress and temperature extremes, which makes it a desired material in many aspects of aircraft and spacecraft assembly. Thanks to its biocompatibility, silicones are also widespread in healthcare applications.

Until recently, the production of silicone parts has been done primarily through injection moulding. This technology, however, can be very expensive due to high mould costs, which can reach well above $100,000, making low-volume production cost-prohibitive.

Furthermore, if a company wants to change the design, after producing the first run of parts, then it must reiterate the mould, further adding to the cost and lead time.

3D printing, on the other hand, is more flexible, since it doesn’t require tooling and the cost of the process is not driven by volume. Combining 3D printing and silicone, therefore, makes perfect sense when low volumes of parts are needed.

Despite the benefits this combination provides, silicone 3D printing has been developed only recently, not least because of the nature of the material.

Silicone has a high viscosity, so it’s often difficult to 3D print the material in the same way as other polymers. Furthermore, silicone usually solidifies at elevated temperatures, which is often challenging for polymer 3D printers to achieve.

ACEO, a division of the German chemical giant Wacker Chemie AG, has been the first company to develop a technology for 3D printing pure silicone. 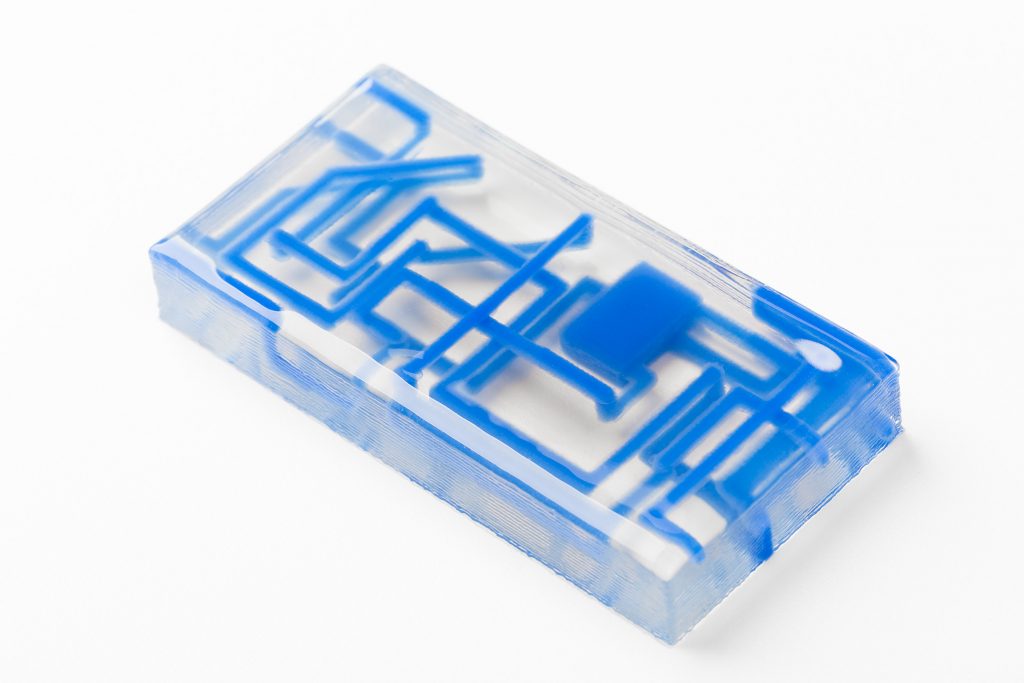 First unveiled in 2016, ACEO’s technology uses a ‘drop-on-demand’ technique that works in a similar way to inkjet technologies. The process starts by depositing droplets of the material in the shape of a single part layer, which is then cured with UV light. The next layer of silicone droplets is then applied, and the UV light bonds it to the previous one. The process is repeated until the object is complete.

Aside from being the first 3D printing technology to produce 100 per cent silicone parts, ACEO’s process creates parts with isotropic (uniform in all direction) mechanical properties that are comparable to injection moulding.

Last year, ACEO improved its technology even further by launching a new ACEO Imagine Series K2 3D printer, which enables parts to be 3D printed with up to four different silicone materials simultaneously.

As one of the first entrants to a silicone 3D printing arena, ACEO’s technology is in demand in a variety of industries, including the industrial goods, chemical, medical and dental industries.

The 3D printer is based on a Digital Light Processing (DLP) technology, whereby a liquid photopolymer resin is cured under a light source. In addition to silicone resins, the system can process a wide range of other materials, developed by both Henkel and other material manufacturers. This means that the 3D printer is an open material platform, which provides much greater flexibility for technology users, as they are not limited to just one material brand.

In addition to large companies like Henkel and ACEO, a couple of start-ups have entered the silicone 3D printing market with their own take on the technology. Swiss company, Spectroplast, is one such company. 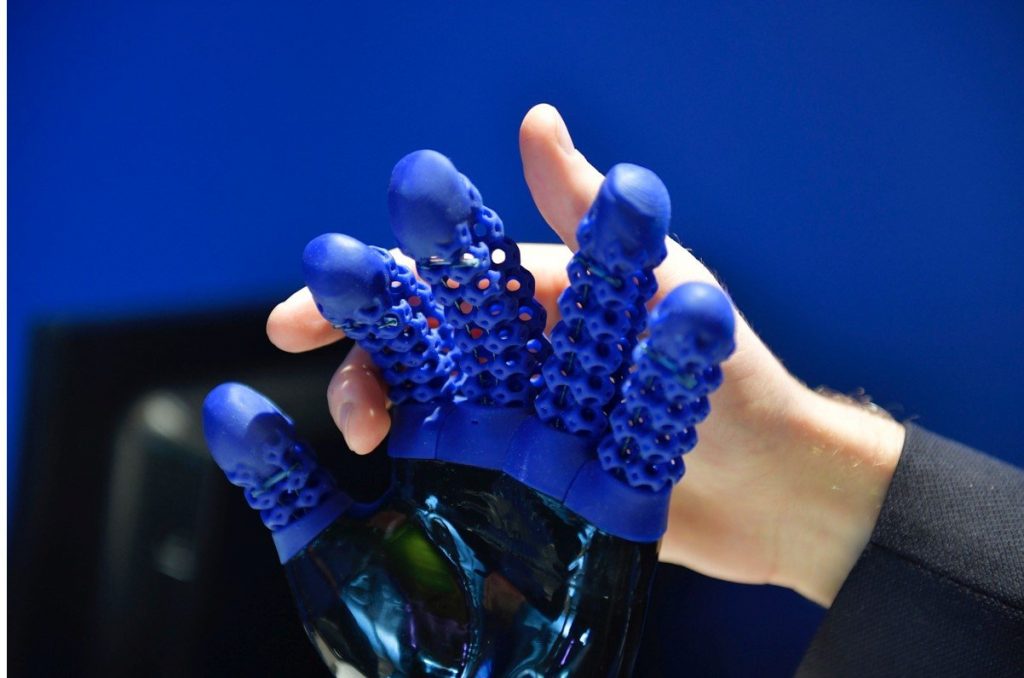 The DLP method ‘yields a much greater resolution and therefore, improved surface finish’, states Petar Stefanov, CTO at Spectroplast, speaking in an interview with AMFG.

Spectroplast’s process is also said to be ‘at least 10 times [faster] compared to conventional 3D printing methods for silicone’.

As the company continues to grow, it plans to launch a new generation of silicone materials, as well as to develop the technology to the level comparable to injection moulding standards.

Supported by a recent investment of €1.38 million in seed funding, Spectroplast is well underway with these goals and in a good position to claim a share of the growing silicone market.

Liquid Additive Manufacturing (LAM) technology, as German RepRap has dubbed the process, works with liquified polymers, including silicones that are deposited layer-by-layer. Then each layer is vulcanised and bonded together with a previous one under heat exposure.

The process of vulcanisation is said to make LAM 3D-printed parts with nearly the same properties as injection moulded parts.

The LAM process was first unveiled at Formnext 2018, along with the first production-ready LAM 3D printer, the L280. The company has been working to further develop the technology for industrial use and launched a new L320 LAM 3D printer last year. 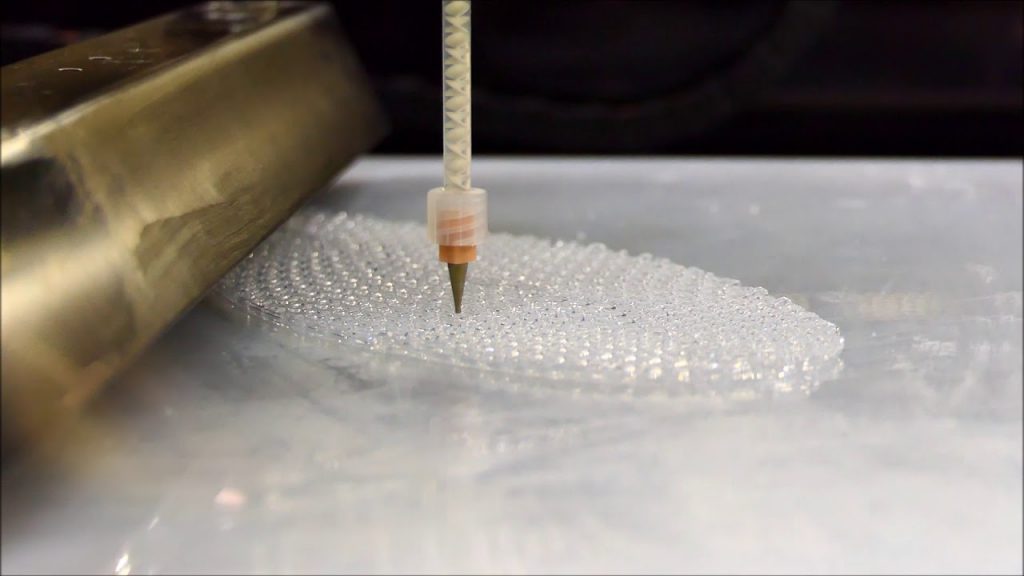 What’s also worth noting is that last month German RepRap was acquired by machine manufacturing company, Arburg, which is also building 3D printers. It’ll be interesting to see how the acquisition will impact the LAM technology roadmap. Perhaps we’ll see Arburg developing a silicone 3D printer based on LAM, or German RepRap continuing to develop LAM technology under its brand, now backed by a large technology group.

In any case, it’s unlikely that the LAM technology development will wind down, given the growing demand for 3D-printed silicones and very little competition.

Thanks to the material’s properties, like non-toxicity, biocompatibility and resistance to UV light and chemicals, silicone 3D printing is particularly suitable for applications in the healthcare industry.

Essentially, silicone 3D printing allows these devices to be cost-effectively customised, thus resulting in a better fit for patients.

In one example, shared by Spectroplast, silicone 3D printing has been applied to produce customised breast prostheses for breast cancer patients.

In a procedure, known as a mastectomy, ‘part of the breast gets removed and most patients need to opt for an external prosthesis, essentially a silicone object that’s worn in a bra. Today, these come in a few standardised sizes and even fewer standardised shapes and usually don’t fit the anatomy of the patient perfectly’, explains Petar Stefanov.

In another case, Loctite has helped a manufacturer of respirators to produce 100 silicone tubes for one of its ventilation products. Injection moulding wasn’t feasible in this situation, largely because of the design constraints – the tubes were nearly impossible to fabricate, due to their very small hollow core. That’s why the company turned to 3D printing, which is known for its ability to create complex features and details with few limitations.

Ultimately, the 100 transparent silicone tubes were 3D printed at a rate of 30 parts per day, and at a cost of $19 per part – significantly lower than $190 per part quoted for injection moulding. In addition to savings, lead time was also reduced from four to six weeks for hard tooling, to only a few business days. 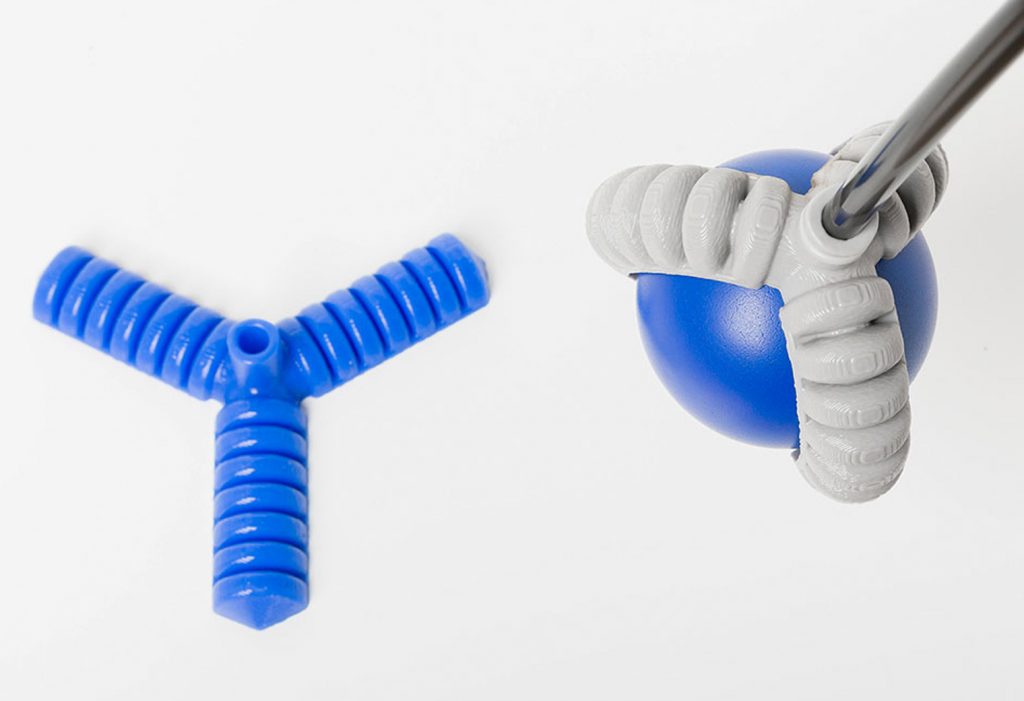 German start-up, Formhand, has developed a universal gripper for multi-purpose applications across industries, with the help of silicone 3D printing. The team used ACEO’s silicone 3D printing service to prototype several gripper designs. Thanks to the technology, they were able to create customised components quickly and at low cost.

In addition to applications mentioned above, silicone 3D printing is suitable for producing covers for electronic components, to protect them from extreme heat, moisture, salt, corrosion and dirt.

Furthermore, the technology can be used to manufacture seals for chemical and automotive applications. In the dental industry, orthodontists apply silicone 3D printing in creating dental models, which are then used to create various dental devices, like crowns.

The future of silicone 3D printing

Clearly, the sky’s the limit for silicone 3D printing applications. However, due to the nascency of the technology, its adoption rate is low. Many companies are still unaware of the technology’s capabilities or remain hesitant to adopt it because of its novelty.

That said, given the ongoing innovation in this space and the inflow of new companies, silicone 3D printing is set to become a viable alternative to other silicone manufacturing technologies. The demand for silicone 3D-printed parts is there – and growing – suggesting that the future of the technology will be both exciting and impactful.