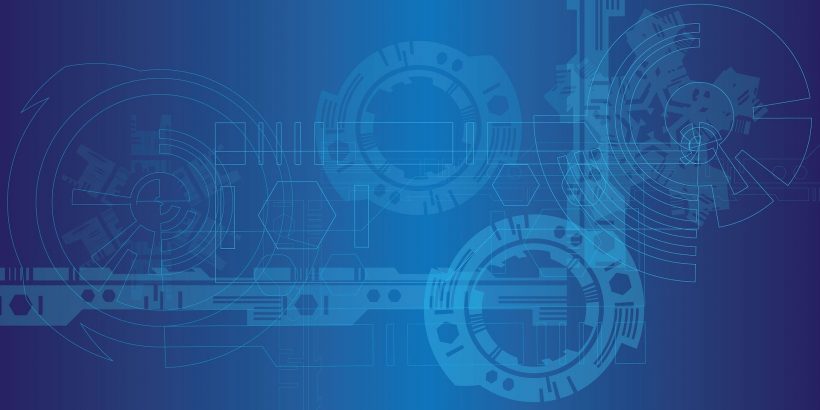 The ability to create concept or durable, functional prototypes in a fraction of the time makes 3D printing the ideal solution to go from ideation to production much more quickly. Today, we’ll take a look at the evolution of rapid prototyping and AM, and their value for the product development stage.

What is Rapid Prototyping? 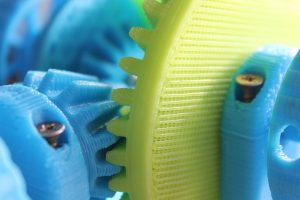 Rapid prototyping refers to the rapid production of models and prototypes using CAD data. Such models are visually and/or functionally tested and validated during the product development stage.

There are multiple benefits of rapid prototyping, not least because it provides a cost-effective way to evaluate and test performance before producing the final product. While other methods such as injection moulding can be used for prototyping, this may not always be the right option, due to the high tooling costs involved, and the inability to make quick design changes.

The quest for more innovative design solutions and faster speed-to-market has therefore led to the development of more efficient processes particularly suited to the speedy creation of prototypes – which is how 3D printing first emerged.

Taking Prototyping to a New Level

With the advent of 3D printing, product designers and engineers have a way to take prototyping to the next level. The technology is toolless (eliminating the need for expensive tooling), well-suited to low-volume production and can produce parts in a much shorter amount of time. This means that prototypes can be produced much faster and more cost-effectively – and since all 3D printed parts originate from digital CAD files, designs can also be updated and tweaked much more easily.

Rapid prototyping can also help engineers decide on the final design before going to production, reducing the likelihood of costly mistakes. For example, product designers at Wöhler, a German manufacturer of metrology and inspection technology, recently 3D printed a functional prototype of a Wood Moisture Meter device, with aesthetics close to the final product. The prototype of the device comprised of rigid and flexible components, and had to be made from different materials. For this, the company used Stereolithography (SLA) engineering grade resins to create a durable prototype capable of withstanding functional tests without any damage.

Functional prototypes are particularly crucial at the product development stage, providing an opportunity to test the mechanical properties of a final part.

The emergence of 3D printing technologies has taken the notion of prototyping to new heights. Functional prototypes can now be produced in a matter of hours and in a range of plastics and metals, thanks to developments in AM technology.

The emergence of Stereolithography (SLA) in the 1980s marked the start of the rapid prototyping era. The technology uses an ultraviolet laser to cure and solidify ultrathin layers of photopolymer resin, and is a choice for prototypes that require accuracy or smooth surface finish. The first SLA printers were large and unreliable machines, producing models with rough surfaces. Three decades later, however, SLA has evolved into a well-established and cost-effective tool for producing parts with high dimensional accuracy and a smooth surface finish. There are now many offerings of SLA machines on the market, from desktop printers to larger, industrial machines. SLA also offers great material variety, with a wide range of resin materials on offer.

While SLA is considered to be one of the fastest 3D printing technologies available, recent advancements in vat polymerisation technologies (to which SLA belongs) have led to the development of potentially quicker processes. One example is Carbon’s Continuous Liquid Interface Production (CLIP) technology. Introduced in 2015, CLIP can be used to create functional prototypes and final parts with mechanical properties, resolution, and surface finishes that are very similar to injection-moulded parts.

Selective Laser Sintering (SLS) is another early 3D printing technology, having emerged in the late 1980s. The process involves the fusing plastic powdered material using a powerful laser. It is most often used in industries like aerospace and medicine, where the material properties of the prototype are critical.

Over time, SLS has evolved into a mature manufacturing technology offering a combination of high accuracy, speed, durability and lack of support structures required – which is why it is typically chosen for more complex, functional prototypes. Although the technology could only produce small objects initially, today SLS systems can produce prototypes in a variety of sizes, with some of the larger machines printing parts one metre long or more. A wide range of materials, from nylon and ceramics to various metals, can also be used with SLS, making it a great prototyping option for commercial applications

SLS systems have historically been more expensive for companies to acquire (costing into the hundreds of thousands of dollars). However, in 2014, the patent for the technology expired, giving rise to more affordable alternatives, such as the Formlabs Fuse 1 benchtop 3D printer.

Since its emergence on the market by Stratasys in the 1990s, Fused Deposition Modelling (FDM) has become the most commonly used 3D printing technology. This is in part explained by the expiration of several FDM patents in 2009, which has since given rise to a wave of FDM desktop 3D printers at a significantly lower price point – making the technology a great entry point for hobbyists and companies alike.

With FDM, thermoplastic filaments are extruded through onto the printing platform one layer at a time. The range of materials suitable for FDM has also increased significantly: today, manufacturers can choose between thermoplastics with various properties, from elastic TPU to durable and reinforced ABS, to high-performance materials like PEEK, enabling more flexibility in the production of functional prototypes.

The emergence of colour and multi-material 3D printing at the start of the 2000s has created exciting opportunities to create prototypes that are an exact replica of the final part.  Binder and Material Jetting are two key technologies increasingly used to create models which can represent the look and feel of a final part. The multi-colour possibilities of these processes also help to streamline post-processing steps such as painting. The main difference between the two technologies is that Binder Jetting uses a binding agent to fuse plastic powders together whereas Material Jetting works by depositing droplets of photocurable resins.

With Material Jetting, not only can prototypes with different colours be 3D printed, but also parts that combine different material properties (e.g. flexible and rigid simultaneously). This opens up a lot of opportunities to create models that perform the fit and function of the final part. For example, the J750 3D printer from Stratasys is the latest in the company’s Material Jetting systems. The J750 relies on Stratasys’ proprietary PolyJet technology and offers multicolour and multi-material 3D printing with 6 different materials simultaneously.

High-quality colour 3D printing is growing at a rapid pace, particularly with the emergence of HP’s Multi Jet Fusion (MJF) technology, which operates similarly to Binder Jetting. MJF is said to add even more accuracy, colour vibrancy and surface quality to 3D printed parts, producing functional nylon prototypes in as little as a  day. Multi Jet technology can also be used to create injection moulds to produce parts for testing, virtually the same as the final part.

Certain applications, such as within the aerospace and automotive fields, require one-off, functional metal prototypes to validate the performance of a part. Fortunately, 3D printing has made prototyping economical not only with plastics, but with metal too. The combination of reduced material waste, toolless production and greater design freedom has made metal 3D printing an attractive option for prototyping.

And developments within metal 3D printing have had implications for the production of functional metal prototypes. Markforged, for example, has its Metal X system, capable of printing metal parts using Metal Injection Moulding (MIM) in a fraction of the time and cost of traditional metal 3D printers.

A caveat: using conventional technologies like CNC machining or casting may be preferable when larger quantities are needed, although 3D printing is often the more practical choice for small batches of prototypes with complex internal features.

Where is rapid prototyping used? 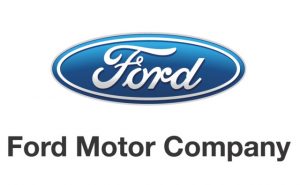 Take the automotive sector, for example, where rapid prototyping remains the primary application of additive technology. Car manufacturer Ford has been able to save months in lead time by using 3D printing for prototyping. Ford engineers can use 3D printing to produce several copies of a prototype simultaneously, each with a unique feature. This allows them to perform parallel testing, accelerating and improving parts development. Recently, Ford has embarked on rapid prototyping larger automotive parts. Using Stratasys’ Infinite Build 3D printer, the company plans to develop new, lightweight parts with the goal of improving fuel efficiency.

The machine uses multi-material 3D printing technology, which deposits conductive inks and can 3D print a PCB in 12 to 18 hours – 10 to 15 times faster than ordering and making PCBs with traditional methods. This allows the company to receive functional prototypes earlier during the development stage, substantially reducing the development cycle time and ultimately improving the quality of the final product.

3D printing for rapid prototyping has come a long way since the 1980s – and has evolved into a robust manufacturing solution. For companies new to the technology, 3D printing offers an ideal solution for producing reliable, functional prototypes and speeding up the product design and development phase. Key questions will be how to integrate the technology into existing frameworks and processes, to ensure that companies can greater leverage the benefits of digital manufacturing technologies.

Of course, while we’ve taken a look at the evolution of 3D printing for rapid prototyping, the market is also seeing a move towards 3D printing for end parts. Looking ahead, 3D printing will continue its advance towards end production, becoming a flexible manufacturing solution at all stages of development and production.