How Can 3D Printing Benefit Metal Casting? Here Are 3 Ways 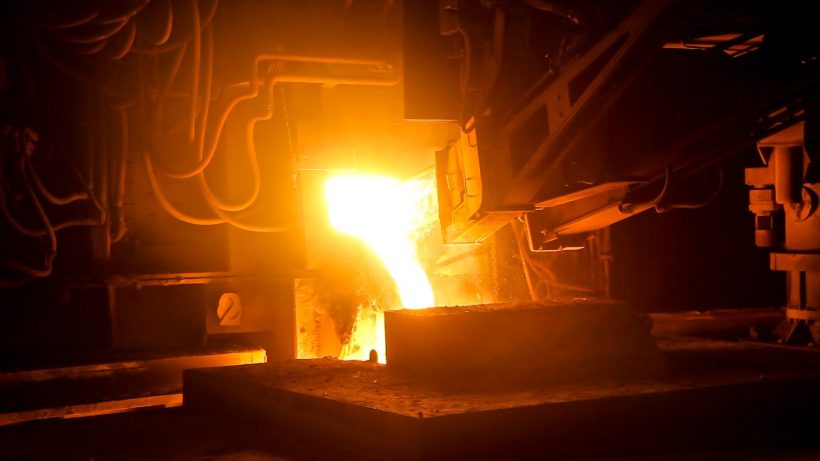 Metal casting may be one of the oldest manufacturing methods used to create metal parts, but it is also yet another sector that can benefit from 3D printing.

With the high costs involved in producing tooling aids like moulds, cores and patterns, 3D printing is already proving to be a worthwhile alternative to the conventional production of tooling for metal casting processes. Foundries are therefore increasingly adopting 3D printing into their workflows as a means of remaining competitive.

Foundries rely on several metal casting processes, with die casting, sand casting and investment casting being the most commonly used. However, while metal casting is a time-tested manufacturing method, there are still certain limitations, including:

To overcome these challenges and maintain a competitive edge, foundries must look for innovative ways to produce tooling for metal casting — which is where 3D printing comes into play.

How 3D printing can Benefit Foundries and Pattern-Making Companies

While 3D printing will by no means signal the end of traditional foundry methods, the technology can help to bypass the costly and time-consuming aspects of creating patterns, cores and moulds, enabling greater flexibility and cost-effectiveness for low-volume, highly complex castings and prototypes.

Here are a few examples of how 3D printing can be integrated into the conventional casting process:

Dating back to the 19th century, die casting refers to the process of pouring molten metals under high pressure into mould cavities to produce metal parts.

One of the key challenges of die-casting is the design of cooling channels, which are used to prevent the overheating of the die and control the solidification process of the casting.

With conventional production methods, these channels are usually machined in straight lines, which results in a slower and non-uniform cooling process. As a result, the tool can become deformed and its service life will be significantly reduced. Additionally, the partly deficient heat dissipation leads to long cooling times for the manufactured products.

However, these limitations do not apply to 3D printing. With metal 3D printing techniques like DMLS or SLM, toolmakers can integrate cooling channels of any complexity into the design of a die.

3D printing for die-casting therefore carries a number of benefits, including:

Investment casting uses expendable wax patterns and ceramic shells to create complex and detailed part designs. Traditionally, these patterns are injection moulded. However, the cost of injection moulds can range from $3,000 to $30,00, with lead times from one to four weeks. This makes creating a mould economically unviable for small series production or one-off products.

For this reason, foundry and pattern-making companies can choose to 3D print patterns in a material suited for investment casting. For example, Stereolithography can be used to create patterns using a UV laser that cures thin layers of resin.

Using 3D printing for investment casting can help to:

Many 3D printer manufacturers have developed 3D printable materials specifically for casting, including wax, castable resins, and some thermoplastics, based on PLA and ABS.

Sand casting is another metal-forming technique being transformed by 3D printing.

Typically, a sand casting process involves creating an object from molten metal using sand as mould. The mould cavities are created by hand-packing sand around a design pattern. The casting design often requires cores to be placed into the mould to create the interior contours of the casting.

3D printing can simplify this process by creating sand moulds and cores directly from CAD files, bypassing the pattern- and core-making steps.

Just like 3D printing patterns for investment casting, 3D printing sand moulds and cores is a toolless, automated process. This means that the tool and labour costs which drive up the prices for metal casting are eliminated.

Other benefits of 3D printing for sand moulds and cores include:

How companies are using 3D printing for metal casting

3D printed investment casting patterns, for example, are increasingly used to create customised jewellery with intricate designs and personalised dental products and experience shorter lead times. In one example, Canadian jewellery company Vowsmith — which specialises in customised rings — was able to cut its production and delivery times by 50% by integrating 3D Systems’ wax 3D printers into its workflow. In a single print, the company produced between 35 and 40 personalised ring patterns, ready for casting.

When it comes to sand casting, more and more companies in the foundry sector are installing sand 3D printers to save money on tooling for small batch production runs and achieve faster lead times. For example, Hazleton Casting Company is using a robotic sand 3D printing system in addition to its traditional foundry operations to produce custom, geometrically complex sand cores and moulds on demand. For complex core designs, 3D printing allows cost savings up to 50% by forgoing tooling production.

Earlier this year, Danko Arlington, a foundry specialising in patternmaking and sand casting, invested in a large sand 3D printing system, used primarily to replace legacy tooling, which is difficult and expensive to procure, by directly 3D printing sand cores and moulds.

Another example is US-based Prospect Foundry which has chosen sand 3D printing for the challenging task of creating complex hydraulic valve cores. In the past when the complexity of cores prohibited production, the foundry had to turn down the jobs like this. However, with 3D printing, the company was able not only to fulfil the order but also achieved a very low scrap rate.

Contrary to the belief that 3D printing can replace casting processes, it is more realistic to see it as a powerful addition to existing methods, ranging from die casting to investment casting and sand casting. The advantages are clear – no need for CNC milling or other tooling which can increase costs.

With that said, it’s important to note that while 3D printing is not the answer to every casting tooling problem, it does enable challenging tasks to be undertaken that would not have been possible before.

With 3D printing – and particularly metal 3D printing – facing rapid growth, it’s vital that foundries continue to modernise with 3D printing. This will help to overcome the limitations of existing methods and to remain competitive in the ever-changing manufacturing landscape.