FDM 3D Printing: Where Are We Today? 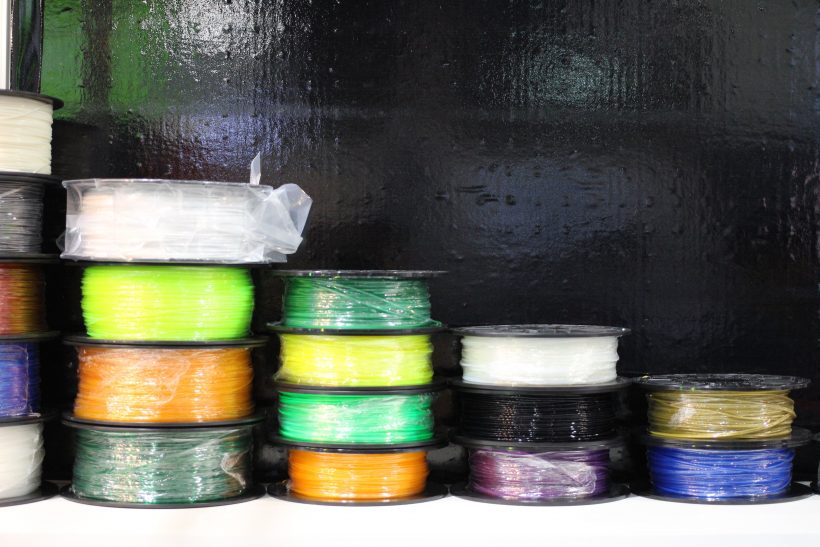 FFF, or FDM (Fused Deposition Modelling) as it’s more commonly referred to, is one of the most commonly used 3D printing technologies. With adoption increasing across all industrial segments, FDM was the most revenue-generating 3D printing technology in 2017, and is said to have the largest installed base (SmarTech).

So what has spurred the growth and maturity of the technology? And how will extrusion-based polymer 3D printing evolve in the future?

To answer these questions, this article will take a look at some of the key developments shaping FDM and what’s next for this exciting technology.

Key milestones in the development of FDM

The origins of FDM

The emergence of extrusion-based 3D printing dates back to the late 1980s, when engineer and inventor, Scott Crump, developed a novel rapid prototyping method.

Since then, FDM technology has gone on to gain enormous traction, filling the gap in lower-cost rapid prototyping solutions.

Today, Stratasys remains one of the largest hardware companies within the 3D printing industry, offering 9 models of its FDM machines and multiple Polyjet 3D printers.

Current FDM 3D printers involve the same process of melting and extruding thermoplastic materials in a layer-wise fashion, as the first FDM machine did thirty years ago.

That said, it would be wrong to assume the technology hasn’t evolved. Numerous developments have been shaping FDM 3D printing, helping it become one of the most widely used additive technologies.

The rise of the RepRap project and low-cost FDM

The success of FDM technology can partly be explained by the rise of the RepRap project and the expiration of several FDM patents at the end of the 2000s.


The RepRap project promoted the concept of open-source, self-replicating 3D printers. The concept was first adopted by DIY community. But following the expiration of key FDM patents held by Stratasys at the end of the 2000s, many companies popped up looking to commercialise RepRep-based FDM 3D printers.

This has given rise to a wave of FDM desktop 3D printers at a significantly lower cost – making the technology a great entry point for companies new to the technology.

The rise of the RepRap movement and the expiration of the key FDM patents have significantly accelerated the development of the technology in the last decade. A number of promising companies have emerged, looking to further advance FDM 3D printing.

In 2014, a small startup, Markforged, made a splash with its Continuous Filament Fabrication (CFF) 3D printing technology. The company is reportedly the first to enable continuous fibre 3D printing, opening new, industrial opportunities for FDM technology.

Powered by CFF, Markforged’s compact and desktop 3D printers use two print heads: one to extrude nylon-based filament and the other to lay continuous strands of high-strength fibres, including carbon fibre, Kevlar and fibreglass.

The reinforcing fibres form the “backbone” of the printed part, yielding stiff, strong and durable parts.

Priced at $70,000, the X7 features a 330 x 270 x 200 mm build volume and a layer height of 50 microns. For a comparatively low priced machine, these specs are quite decent, not to mention X7’s ability to printing durable tooling as well as functional spare and end-use parts.

By offering the ability to print with reinforced materials, Markforged has tapped into a very profitable market. In 2018 alone, the company reportedly shipped over 2,500 industrial 3D printers. With such hyper-growth, Markforged in on track to become one of the largest AM companies in the industry.

Large-format 3D printing has the potential to solve many challenges manufacturers face when prototyping and producing larger parts.

Such parts typically have longer lead times, since assembly is required. They also require larger tools to be produced, which often leads to significant expenses.

One company helping to overcome these challenges is BigRep. Founded in 2014, BigRep positions itself as the manufacturer of the largest extrusion 3D printers on the market, with the print volumes of its machines exceeding 1m³.

While 3D printing large objects has its benefits, there’s also one key limitation: speed. Printing larger parts can take days or even weeks to complete, with an increased risk of print failure.

BigRep aims to tackle this issue in a number of ways.

In the past, BigRep introduced larger nozzles to be able to extrude greater amount of plastic in a quicker manner and also introduced large-weight filament spools to match.

In 2017, the company began to produce its “high speed” filament, which enables printing times to be reduced by up to 50%.

But perhaps one of the most exciting advancements has been BigRep’s Metering Extrusion Technology (MXT).

It features a special reservoir where the molten material is held. A geared wheel, powered by a stepper motor, takes a specified amount of the material from that reservoir and pushes it into the nozzle.

This approach enables full control over the speed and amount of material being deposited. According to BigRep, the MXT system makes its new printers five times faster than current extrusion machines and helps to achieve much greater precision.

The current MXT system is only the first iteration of the MXT concept, but, with all its benefits, it will be exciting to see how this technology evolves in the future.

Along with speed limitations, anisotropic parts are another common issue in FDM 3D printing, due to the layer-wise nature of the printing process.

Depositing material layer by layer results in part weakness in the Z-axis (the direction in which the layers are deposited). So while an injection moulded part might be nearly 100% isotropic (equally strong in all directions), FDM parts typically lose strength in the Z-axis.

Some industrial machines address this issue by using an enclosure to provide heating for the entire building area. Although this solution helps to improve the bonding between layers, it tends to be too energy-consuming.

Known as FlashFuse, the technology involves the deposition of an energy-responsive filament and the application of an electric current. This current heats up the part, effectively moulding the layers together.

This approach has two benefits.

First, parts 3D-printed using FlashFuse technology achieve a strength comparable to that of injection-moulded parts. Second, it prevents part deformation such as warping because the temperature remains stable during the printing process.

Overcoming some of the key barriers in FDM 3D printing has helped the company raise $22 million in a Series A round led by BASF Venture Capital. With the recent funding, Essentium is looking to push its technology for production applications, setting a new benchmark for FDM 3D printing.

While the market for FDM materials is still young, it has significantly evolved over the years, pushing material science beyond standard PLA and ABS filaments.

Today, FDM users can purchase composite, nylon, flexible, biocompatible and engineering-grade materials, among many others.

Particularly exciting is the possibility of printing with high-performance materials like ULTEM and PEEK.

These thermoplastics are particularly challenging to work with due to their high melting temperatures. However, many current FDM machines are being equipped with high-temperature extruders, making FDM one of a few additive technologies capable of handling these high-performance thermoplastics.

Many of the advancements in FDM materials have been made possible thanks to the increasing number of chemical companies joining the industry, with the aim of advancing industrial use of 3D printing. These include BASF, SABIC, Verbatim (Mitsubishi Chemical Group), Evonik and Solvay, to name a few.

For example, Solvay has recently launched PEEK and PPSU filaments. Both materials have exceptional properties: PEEK is well-known for its excellent strength-to-weight ratio, while PPSU possesses high heat, chemical and impact resistance.

There are still a lot more FDM thermoplastics yet to be developed. But the growing demand will help to stimulate their development, enabling new applications for 3D printing.

There have been some challenges restricting the use of FDM 3D printing in production applications, including weak parts and slow printing rates.

However, recent developments in FDM technology are helping to lift the barriers of speed and strength. But for FDM to truly take off as production technology, it needs to become more scalable.

One of the solutions may lie in so-called FDM 3D printing farms. Such farms involve a network of a dozen or more 3D printers to enable around-the-clock production. Voodoo Manufacturing is one example of a company putting this approach into practice.

Stratasys has not yet announced the commercial availability of the Continuous Build platform. However, the company believes this approach could fulfil the dream of 3D printing for production.

In light of its move towards more robust materials and new manufacturing strategies, FDM is poised for the next wave of adoption. Stronger and larger parts and a faster and more scalable 3D printing process will open up new markets for extrusion-based machines, establishing FDM technology as a huge manufacturing opportunity.