AMFG / Blog / 3D Printing and Mass Customisation: Where Are We Today?

3D Printing and Mass Customisation: Where Are We Today? 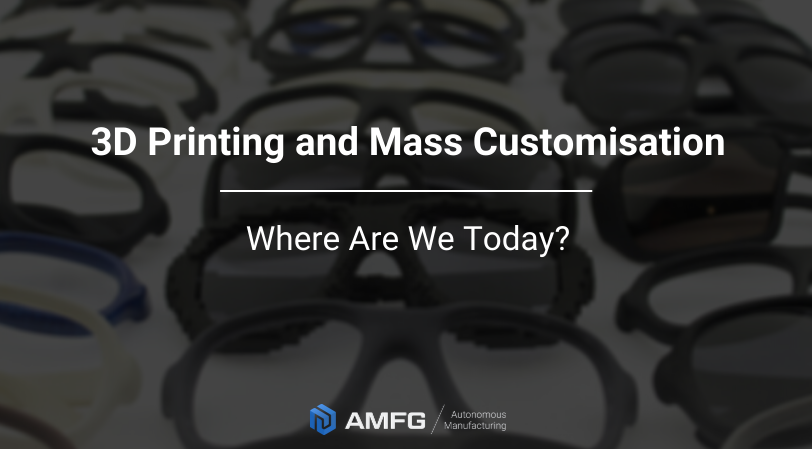 Whether it’s sunglasses, the colour of a smartphone, or the design of shoes, people want to buy products that feel personalised. In fact, more than 50 per cent of consumers showed interest in purchasing customised products or services, according to the Deloitte Consumer Review report.

As consumers increasingly expect products and services that feel tailored to them, mass customisation is growing as a central trend. And digital manufacturing technologies, like 3D printing, play a crucial role in driving it forward.

Today’s blog dives into the role of 3D printing in enabling mass customisation, recent examples of mass customised 3D-printed products and the challenges for wider adoption.

The rise of mass customisation

The industrial revolution marked the rise of mass-market products and mass consumerism, driven by the globalisation of consumer brands and economies of scale in manufacturing.

However, things started to change during the second half of the 20th century, when the world began to enter the digital era.

The digital world has opened an immediate and direct line of communication, between companies and customers, that has never existed before. This has led to the rise of a new business model of mass customisation.

The term ‘mass customisation’ generally refers to applications that allow individuals to tailor their product based on a set of predetermined features.

For customers, mass customisation means unique products and services, while for manufacturers, it means added product value and the possibility to establish lasting relationships with their customers.

How does 3D printing fit in the mass customisation business model?

Mass customisation is a challenging trend for manufacturers to adapt to, mostly because of production and supply chain challenges.

Traditional manufacturing methods are limited in their ability to create customised products. For example, the production of a customised product, using injection moulding, will require a manufacturer to create a new mould for each product. This leads to increased change-over costs associated with tooling and fixtures and extended timelines.

To move from mass production to mass сustomisation, a company needs to invest in the right technological capabilities.

Utilising a digital manufacturing process, like 3D printing, can be one solution. Additive manufacturing (AM) unlocks new customisable possibilities because it does not require expensive tooling changes based on individual specifications.

In 3D printing, the design data is transferred to a 3D printer, without the need for any tools, so the only tool a manufacturer is using is the machine itself.

This also means that the complexity that comes with customisation doesn’t incur additional costs. A 3D printer takes no more time, energy, or material to manufacture a complex shape than a simple one, and zero tooling means printing a variety of designs requires no extra production costs.

Thanks to 3D printing’s benefit of toolless production and extreme flexibility, several industries have started to experiment with the technology for mass customisation.

In the consumer goods industry, 3D printing is used to create footwear, customised to the wearer’s feet.

To create a custom pair of shoes, companies typically use 3D scanning to capture the individual measurements of a customer’s feet.

Based on the scans, designers generate a design of shoe components, like midsoles or insoles, which meet the customer’s particularities. The design is then sent to a 3D printer for direct manufacturing.

One example of this approach in practice is Dr. Scholl’s custom 3D-printed shoe inserts.

Through the partnership with the technology company, Wiivv, Dr. Scholl’s offers a customisation app, which creates an accurate scan of a customer’s feet. To ensure the scan is successful, customers are required to take a few photos of their feet from different angles.

The scanning technology within the app will then create custom insoles, based on 400 mapping points from each foot. Through this process, which takes less than 5 minutes, inserts can be designed to ensure a custom fit for each customer.

After the 3D design is generated, personalised insoles are 3D-printed and delivered to the customer’s doorstep within 14 days, for $99. Additionally, consumers can use the app to add different designs that suit their personal preferences, to the 3D-printed insole.

That said, the use of 3D printing for customised consumer products remains a niche rather than the norm.

But are these products mass customised?

When using 3D printing for custom manufacturing of a medical device, the idea is to personalise it, which means to create a unique end product based on a unique design. This is different from simply giving customers product options, which is the basis of mass customisation.

In contrast to mass customisation, personalisation is already the case within the medical industry, one example being 3D-printed hearing aids.

Using 3D printing, Sonova manufactures the shells for in-the-ear hearing aids, which are tailored to suit the individual needs of each wearer. The company believes this level of personalisation is possible only with 3D printing.

One segment of the automotive industry that has already adopted 3D printing for mass customisation is the luxury segment. In this segment, where production runs are small, the technology is being used to customise and manufacture parts for use in final assembly.

Some luxury carmakers already use AM to deliver designs tailored to customer requirements.

For example, MINI, the British automotive marque of BMW, launched a 3D printing customisation service, MINI Yours Customised, for its customers in 2018.

Through this service, customers can choose from a list of different patterns and finishes, add text, or pick from a small selection of cityscapes to customise car parts, such as door handles or parts of the side plate.

The customised designs of components are then 3D printed on-demand by MINI and can also be painted in colours, including white, red, black and silver. Following the submission of the required design, the customised parts are ready within 4 weeks.

In another case, Porsche is using 3D printing to produce the central section of the car seat, customised by 3 firmness levels: hard, medium and soft.

Porsche plans to 3D print 40 prototype seats for use on European race-tracks as early as May 2020, with customer feedback being used to develop the final street-legal models for mid-2021.

Down the line, Porsche wants to expand seat customisation beyond firmness and colour, by personalising the seat to a customer’s specific body contour.

The challenges of 3D printing for mass customisation

Despite its potential, the adoption of 3D printing in manufacturing is still rather low – let alone its adoption for mass customisation. As we’ve seen above, there are only a few examples of mass customised 3D-printed products so far.

While 3D printing is a fantastic technology for producing custom goods, it still struggles when it comes to production on a larger scale. The limitations in printing speed and production volume capabilities put 3D printing out of the scope for many products that can benefit from customisation.

But what if manufacturers could combine the benefits of 3D printing for customisation with mass production technologies?

It can be challenging for traditional mass-manufacturing methods, like moulding and casting, to produce customised parts, given the lead-times and costs associated with the manufacturing of tools such as moulds.

But by 3D printing customised moulds for injection moulding, manufacturers can overcome these challenges.

A good example of this is jewellery customisation with 3D printing.

The technology is used to create a wax pattern of a jewellery piece for investment casting. The wax pattern is then covered in a heat-resistant material, such as plaster, and placed into an oven where the wax is melted, leaving only the hardened plaster mould. The molten precious metal is then poured into the mould, filling the space left by the wax.

Vowsmith is a digitally driven business that enables couples to purchase wedding rings directly from an e-commerce website and customise them with their fingerprints.

The whole process starts with an online app that enables customers to choose their ring according to size, shape, type of metal, an optional diamond and engraving. A starter kit is sent to the customer to capture the couple’s fingerprints in ink. The customer takes a picture of the ink prints and uploads it to the Vowsmith website.

A 3D modelling program is then used to create a digital version of a ring featuring fingerprints and other design elements. The output is a high-resolution STL file, which is then sent directly to the 3D printer, which creates a wax model.

According to Vowsmith, it’s capable of producing 35 to 40 rings per print run and expects to sell between 4,000 to 5,000 rings annually.

The company states that 3D printing creates infinite possibilities for jewellery customisation and helps them to add value to their products that they would hardly achieve with conventional technologies.

The need for software and the right workflow

Another challenge that will arise when producing customised parts with 3D printing, is the need for dedicated software tools and workflow practices.

An online configurator is one tool needed to be able to leverage a mass customisation business model. This tool enables customers to intuitively, simply, and quickly display and directly order the right product from many possible product variants, according to their individual choices.

In addition to an online configurator, a company looking to produce customised products with 3D printing must establish a clear workflow for producing, tracking and delivering customised items.

This, however, can be challenging: one question that arises when using 3D printing to produce customised parts is how to identify very similar parts that were printed in one build.

There are several possible solutions, including the use of a printed label, 3D scanning and the comparison to the 3D file.

This reveals the need for advanced digital tools and workflow automation to enable the successful use of 3D printing for part customisation.

The solutions include 3D scanning, augmented reality, the use of QR codes and MES software to enable data transfer and traceability.

Mass customisation is playing a crucial role in today’s consumer landscape. As the number of consumers demanding personalised products grows, advanced technologies, like 3D printing, help companies keep up with this trend.

That said, customised 3D printing applications remain limited and largely reserved for higher-end consumers – not only because of the steep learning curve 3D printing involves, but also because of the operational and supply chain challenges that arise when shifting to the new business model.

Despite the challenges, we believe that 3D printing will continue to drive the mass customisation trend. It helps to produce customised products faster and more cost-effectively, enabling more companies to offer their customers a greater say in how their products will look and perform. 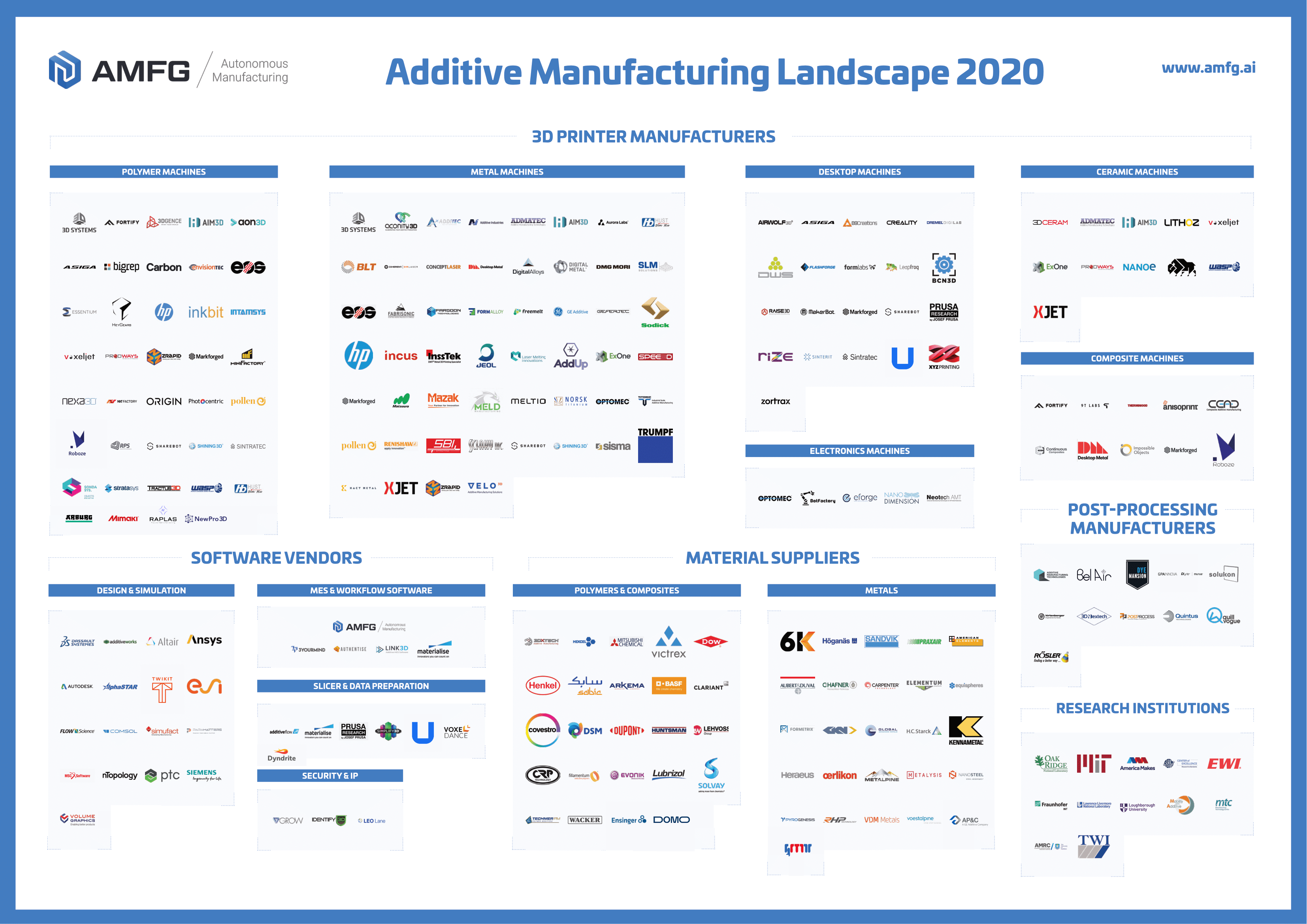 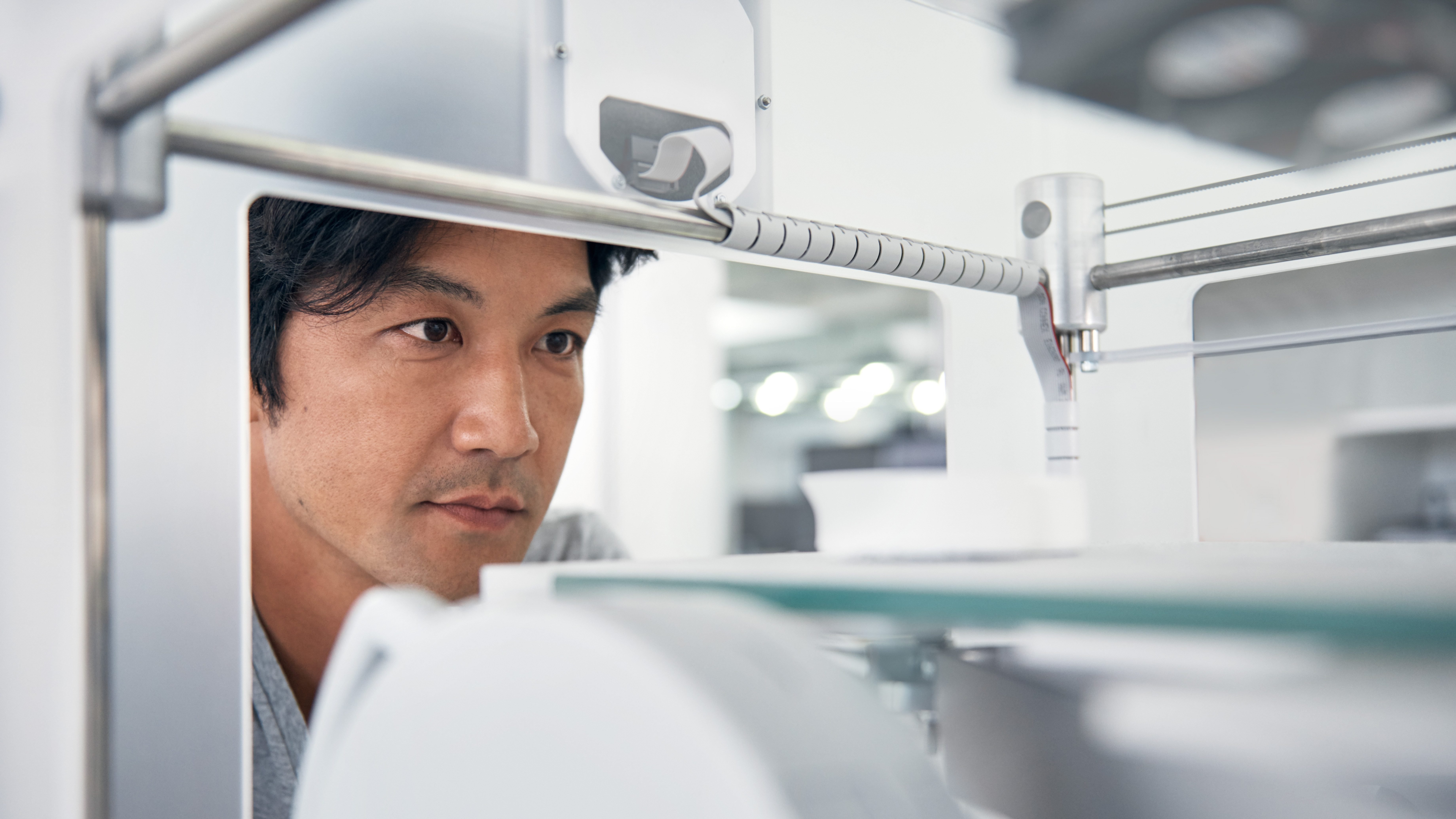 3D Printing in 2018: 7 Trends that Shaped the Industry 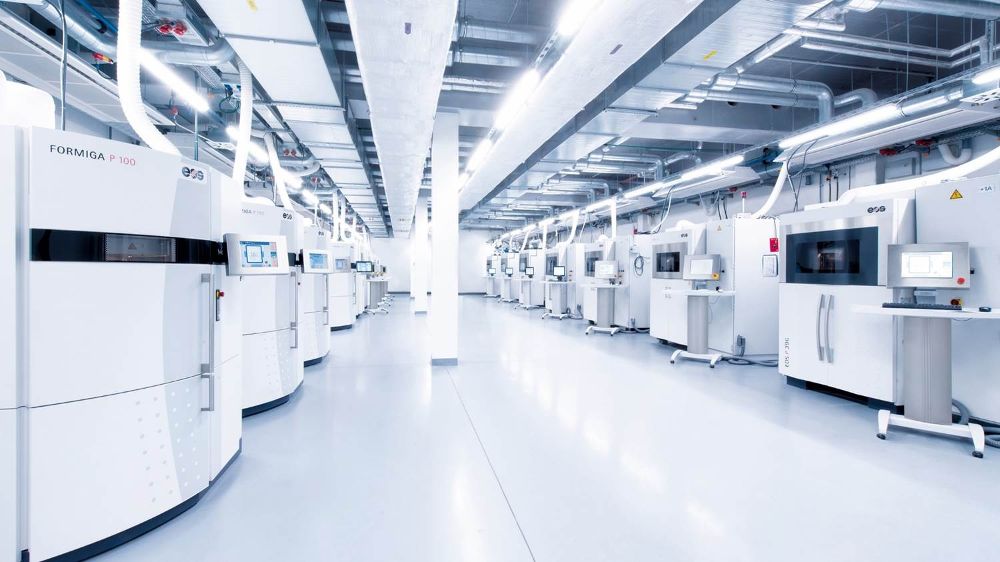 How Mature Is Your Industry In Its Adoption Of 3D Printing? [Infographic]