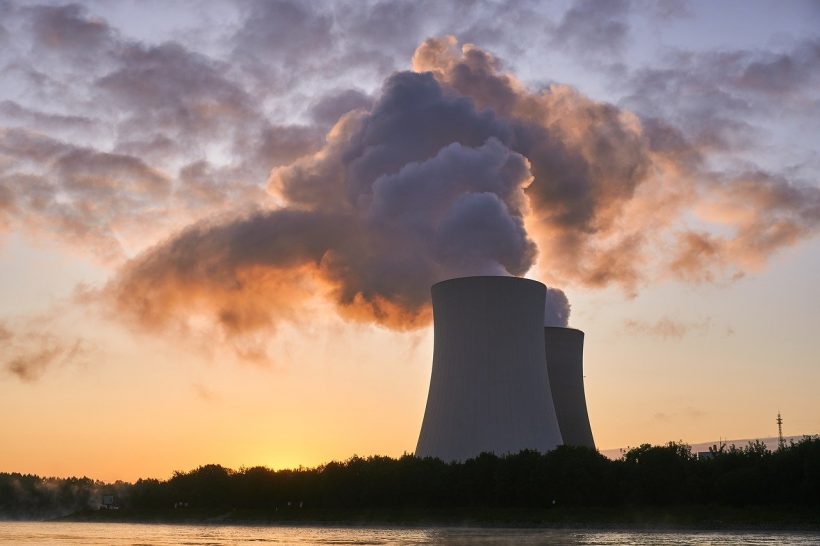 3D printing is an exciting technology that can introduce significant innovations for both currently operating and future nuclear plants.

While the nuclear industry has a reputation for being incredibly conservative, it’s gradually adopting 3D printing to explore its opportunities for spare parts and advanced nuclear plants parts.

This article dives into the drivers behind the adoption of 3D printing in the nuclear industry and explores the most exciting developments taking place in this field.

The nuclear industry is going through challenging times. The market for new construction of large reactors is coming to a halt, as the costs associated with these investments continue to rise, while the cost of other energy sources falls.

Additionally, large reactors have several issues related to their complex construction and installation, safety regulations, repair and other high-cost risks.

At the same time, there is a surge in nuclear decommissioning. A large number of nuclear facilities have ceased operations, and it is envisaged that this number will increase considerably over the coming years.

One way forward for nuclear power may lie in small-scale nuclear reactors, which overcome many of the drawbacks of traditional, larger reactors. Called Small Modular Reactors (SMR), these systems are expected to dramatically reduce construction timelines and will make nuclear more affordable to build and operate.

And this is where 3D printing enters the picture.

3D printing, or additive manufacturing (AM), is known for its design flexibility, which opens a lot of possibilities for nuclear parts manufacturers.

The design flexibility and the eliminated need for tools allow for part consolidation, a process whereby several components can be designed and printed as one.

An example of this is 3D-printed heat exchangers, which can be designed with walls as thin as 200 microns and small, intricate flow channels inside the component, resulting in a greater heat transfer surface inside. The larger the surface area, the more heat can be removed, which increases the performance of a heat exchanger.

There are several AM technologies suitable for applications in the nuclear power industry, including Powder Bed Fusion (PBF), metal and sand binder jetting and Direct Energy Deposition (DED).

The use of binder jetting, particularly with sand, can help to save costs and time by 3D printing sand moulds and, therefore, eliminating the need to manually create these moulds.

DED technology – which works by melting metal material with a laser, or an electron beam, as it is deposited through a nozzle onto the build platform – can be used as an alternative to large castings and forgings, or as an addition to them. This process can reduce lead time, machining and material waste.

Certain DED processes also offer improved material properties compared to traditional methods. For example, they can be used for localised customisation of materials, such as hard-facing for corrosion and wear resistance.

The technology is also suitable for repair of high-value components, tooling and bearing surfaces.

As nuclear plants age, it’s becoming increasingly difficult to find replacement parts, not least because their designs are virtually impossible to obtain. For example, in the U.S. many nuclear plants are more than 40 years old, and many of the companies that made the original parts no longer exist.

3D printing makes it possible to produce some of the missing spare parts using reverse engineering, so there is no need to create moulds from scratch.

For example, Hydro Inc., the pump engineering and service company, used reverse engineering to design and 3D print a sand mould for an impeller used in a nuclear facility. The mould was then sent to a foundry, where they poured the metal to create the component.

In another example, Hydro used the combination to repair a safety-related pump at a nuclear plant. The part could not be sourced from the OEM in the time frame required by the customer since the traditional casting process could take from nine months to a year. By using 3D printing, coupled with reverse engineering, the company supplied the pump within 12 weeks.

In addition to 3D-printed moulds, the technology can also be used to produce spare parts directly.

In 2017, Siemens had achieved an important milestone by successfully installing a first 3D-printed spare part for the Krško nuclear power facility in Slovenia. The replacement part, a metallic 108mm-diameter impeller for a fire protection pump that is in constant operation, has met stringent safety and reliability requirements of the nuclear sector.

For example, NovaTech, a company providing manufacturing and engineering services to the nuclear industry, is using 3D printing to develop and produce parts of the nuclear fuel assembly that constitutes the base element of the nuclear reactor core.


NovaTech’s research shows that, for example, 3D printing the lower tie plate of a BWR fuel assembly, which fixes the position of the bottom end of the fuel rods, using Inconel-718, can enhance the debris filtering performance.

The performance improvement is achieved thanks to designing tortuous flow passages that can only be manufactured with 3D printing.

Using the technology, it’s also possible to add channel seals to the lower tie plate design, allowing for a reduction in the part count.

Minimising the number of components in an assembly is particularly beneficial, as it reduces manufacturing costs and simplifies the assembly process.

In another example, Oak Ridge National Laboratory (ORNL) is using 3D printing to develop a nuclear reactor core as a part of its Transformational Challenge Reactor (TCR) program.


ORNL aims to build the nuclear reactor core by 2023 and establish new methods in reactor design, manufacturing, licensing and operation as well, with 3D printing playing a key role in achieving this objective.

Although most of the reactor will be made from conventional components, the core, responsible for holding the uranium fuel and the components that control the fission reaction, will be entirely 3D-printed out of silicon carbide, a high-temperature resistant material.

‘By using 3D printing, we can use technology and materials that the nuclear community has been unable to capitalize on in the last several decades’, said Kurt Terrani, the TCR technical director. ‘This includes sensors for near-autonomous control and a library of data and a new and accelerated approach to the qualification that will benefit the entire nuclear community.’

While a 3D-printed reactor core is still in the development stage, Westinghouse has successfully installed a 3D-printed part used for actual power generation, last month. The installed part is a ‘thimble plugging device’ used to lower fuel assemblies into reactor cores.

The part was the result of a three-year collaboration between Westinghouse, a supplier of nuclear technology, and Exelon Generation, America’s leading provider of nuclear energy.

A plugging device is essential to the production of nuclear power, but it was considered a low-risk part, because there would be minimal consequences if the part broke.

Eventually, every nuclear conversation turns to radioactive waste and safety.

Finding effective solutions for long-term management of radioactive waste is another challenge within the nuclear power industry.

3D printing is helping to tackle this challenge by enabling engineers to develop new designs of waste recycling systems.

In the US, scientists from the Department of Energy’s Argonne National Laboratory have 3D-printed parts, which will facilitate recycling of spent nuclear fuel.

The way 3D printing is used in the process involves the creation of a bank of 1.25 cm centrifugal contactors – complex fluid devices with internal channels. Once connected, the contactors enable a continuous reprocessing loop.

Currently, nuclear engineers can recycle 95 per cent of spent fuel from a nuclear reactor, with the remaining 5 per cent having to be stored as ‘long-term’ waste. The aforementioned 3D-printed equipment can be used to sort and recycle some of the latter, meaning that an extra 2 per cent of nuclear waste can be recycled.

While 2 per cent might not sound like particularly impressive progress, it could significantly reduce the amount of used fuel that needs to be stored and the length of time it remains hazardous.

Nuclear reactors are highly instrumented to monitor such variables as temperature and pressure. However, it’s challenging to monitor a reactor component’s structural health during operation, when exposed to extreme temperatures and radiation.

One obstacle lies in difficulties to embed sensors inside heat- and radiation-resistant materials. But 3D printing can provide a solution.

The new designs, enabled by 3D printing, will allow for embedded sensors that will provide data directly from the core.

ORNL, for example, is using ultrasonic AM to embed highly accurate, radiation-hard sensors in structures and components.

Furthermore, the U.S. Department of Energy (DoE) has supported the University of Pittsburgh Swanson School of Engineering with a grant to develop AM techniques to make electrical sensors for nuclear cores.

Started in 2017, the project has already had some success in the development of fibre optic sensor networks. The team has recently celebrated the first successful test of an in-core fibre optic sensor inside one of MIT’s reactors.

Next-generation nuclear plants will require innovation in materials to meet the demand of their aggressive environment, including high-temperature corrosion challenges and high irradiation doses.

An example of this is a recent collaboration between Swedish 3D printing material developers, Additive Composite Uppsala and Add North 3D, on the development of a polymer composite material for radiation shielding applications.

The material, named Addbor N25, combines boron carbide and nylon, in the form of a filament optimised for 3D printing. The radiation shielding capabilities are achieved thanks to the boron carbide element, which provides effective absorption against neutrons.

While we’re only scratching the surface of what’s possible with 3D printing in the nuclear industry, the recent developments are signalling the immense potential the technology has to offer.