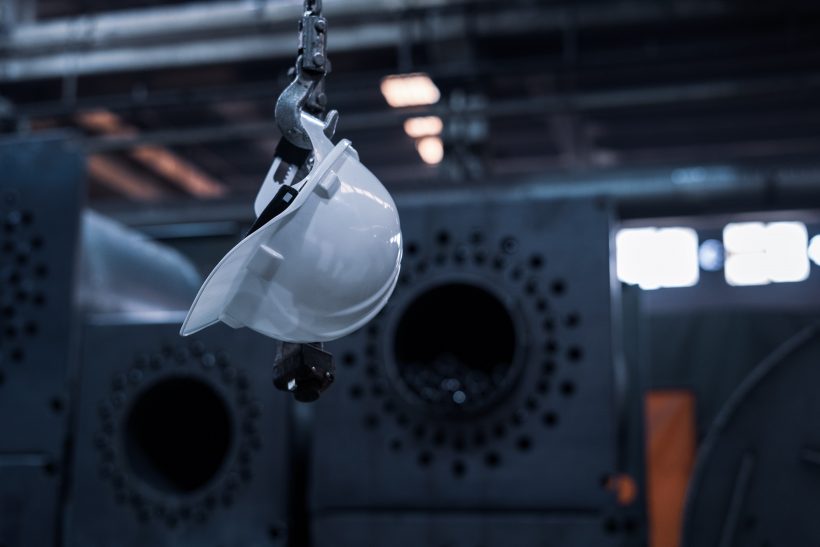 One of the most exciting developments in this realm is the dawn of ‘smart manufacturing’, using IIoT connectivity, machine learning and AI to power the next generation of autonomous manufacturing equipment.

Autonomous manufacturing is a nucleus from which a vast and varied range of benefits are formed. It is no surprise, then, that a 2022 Straits Research report anticipates a colossal $727 billion smart factory market size to accumulate by 2030, with a CAGR of 12%.

In this article, we run through the most prominent positive impacts that the widespread adoption of autonomous manufacturing will catalyse. Spanning almost every industry, its rise is already invoking immense change, and will only continue to grow.

Amidst the widespread upheaval unleashed by the COVID-19 pandemic, manufacturing sectors across industries suffered in particular from immense disruption to supply chains. In fact, in June of 2021, The White House identified the manufacturing field as the hardest hit in this regard, with 60% of businesses reporting domestic supplier delays (figure 2).

However, strikingly, a 2021 McKinsey & Company study indicates that early-adopters of digital manufacturing technologies fared much more strongly during the pandemic than their traditionally inclined counterparts. Of the respondents surveyed, 96% of those with at least a few active digital manufacturing use-cases indicated increased capacity for crisis response (exhibit 2).

‘Lights-out’ factories can proceed with few hitches even if the usual standards for human activity are altered or restricted. This logic is applicable to a broad spread of crises, such as disruptive climate conditions reducing or entirely preventing attendance at work, an issue with rising prevalence. Through it all, autonomous manufacturing processes are capable of reliably soldiering on.

Beyond the provision of resilience during crises, autonomous manufacturing also improves the structure of supply chains at a day-to-day level; namely, its mechanisms reach levels of accuracy beyond human capabilities. Furthermore, through the enhancements of a capable MES such as AMFG’s, the peripheral action involved in supporting supply chain continuation is also streamlined. Machine malfunctions, for example, can be swiftly detected and reported to operators. A single broken machine should not have to entirely choke up a production line – autonomous manufacturing can gracefully attend to that.

It is perhaps ironic that increasing machine control over production directly correlates with increase in the control available to humans, too. However, evidence of this phenomenon’s truth solidifies it as a resolute and game-changing fact.

To draw out a strand from the advantages discussed so far, the loosening of dependence on importation enabled through autonomous manufacturing comes at a particularly poignant time politically.

Over the duration of his presidency, Biden has directed instrumental focus towards the manufacturing industry, following his signature on Executive Order 14017, launching an investigation into America’s supply chains. In its wake, a permanent ‘Made in America Office’ contained within the Office and Management Budget was established (p. 6). This, alongside the ‘Build America, Buy America’ Act, is spurning a movement towards optimising the federal government’s independent services.

Autonomous technologies can powerfully reinforce this movement’s success. Cost-effective in the long term, the U.S’ current dependence on foreign importation may be significantly altered, drastically improving America’s ability to stand strong on its own. Reliance on other countries, trusting third-parties with integral manufacturing operations and accepting submission to their independent control over these processes, is greatly diminished when operations can proceed onshore.

Delicate trade relationships should not jeopardise the success of manufacturing cycles, upon which entire populations depend. Untangling production from the complexities of geopolitics, autonomous manufacturing could transform importation conventions for the better.

Looking to delve deeper? Take a look at our article on how 3D printing is proving a crucial enabler of onshoring initiatives.

If ‘autonomous decision making’ is a manufacturing endgame, then data collection and algorithmic analysis is the very first necessary step, the forerunner ensuring that everything is in place for machines to truly self-govern.

As a recent article from The Manufacturer asserts, “data is the “most valuable resource” for organisations including in manufacturing”. It’s a bold statement, but a true one.

The advantages afforded through data collection are multifaceted, and remarkably span every temporal dimension. Present data is communicated in a constant stream, collected through a proliferation of machine sensors and tying operators firmly and perpetually into the production loop. Data is thus chronicled over long periods of time, with past data available to compare with present-tense information, allowing disparities in functionality to be meaningfully identified. Combining past and present data pools, future trends can subsequently emerge, placing businesses firmly ahead of the curve. The improvement of autonomous machining is, by nature, exponential.

This is one of many reasons that data-handling platforms, such as AMFG’s workflow MES, are absolutely essential to capitalising on valuable information of this kind. Optimising this information requires a coherent way by which to distil, sort and present it. Supporting seamless machine connectivity and sophisticated KPI dashboards, AMFG’s end-to-end containment of workflows unlocks technological autonomy’s full potential.

The actionable wisdom granted by IIoT data collection is shared by machines and businesses alike where autonomous manufacturing is implemented. Both are capable of making informed ‘judgements’, bridging the gap between them. Two ‘minds’ are always better than one, after all.

The drive to tackle the current climate crisis is urgently escalating. With production sectors accounting for 1/5th of carbon emissions globally, according to the World Economic Forum, it is more important than ever that this industrial zone is subject to vital amendment.

‘Sustainability’ is still a relatively new consideration for many players in the manufacturing scene. It is no wonder, then, that progress thus far has been slow. According to ProtoLabs’ 2021 Sustainability Report, “there is a disconnect between those who own sustainability strategy and those responsible for results” (p. 10).

As the stakes intensify, it is high time for a substantial difference to be made. Autonomous manufacturing is increasingly proving its aptitude to drive forward an ecological future for the production sector.

For example, circling back to Big Data, analytics and machine learning can infuse autonomous machinery with sustainability-geared judgement mechanisms. Humans are often inclined to cut corners, or are physically unable to conduct sufficiently thorough reviews of energy options at hand. Alternatively, autonomous devices will reliably walk the tightrope between elevating production and optimising sustainability, pinpointing the operational sweet-spot.

Working in unison, these ‘co-bots’ collectively produce different ‘chunks’ of a sliced CAD file to produce a build, moving without interfering with one another. The machinery is afforded unrestricted movement across the x-axis – this, in combination with the algorithm assigning each bot a build ‘chunk’, effectively means that there is no limit to a part’s possible size.

Autonomous technology here expands the parameters for part production possibilities – space has been opened for part design to ‘grow’, both literally and metaphorically.

Beyond this excitingly direct impact, autonomous technologies also offer quieter modes of improvement, though no less mighty. To pinpoint all of the qualities named and hailed so far once more – speed, accuracy, exponential improvement – overall improvement in product quality results.

Though this heading may have the sheen of a paradox, more and more businesses are recognising its pivotal significance.

In ways, many business leaders struggle at the mercy of outdated technologies and production processes, for the price of feeling more ‘in control’. In 2017, The Guardian discovered that over 70% of the US feared ‘robots taking over our lives’. Perhaps a kernel of this thinking persists within the thinking of those hesitant towards digital manufacturing’s arrival.

However, liberating businesses from time-absorbing involvement in conventionally hands-on operations affords more space for other business ventures to go forward. More hours in the day to consider next steps. More days in the week to put transformative ideas into action.

The ways in which autonomous manufacturing can enhance our production freedom must be recognised and acted upon, offering to provide incomparably pivotal value. 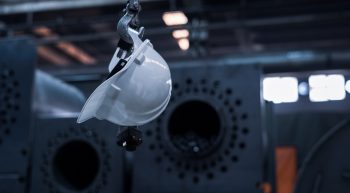 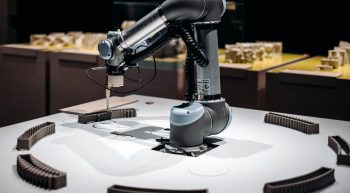