How Many Aspects of Automotive Production Can AM Cover? 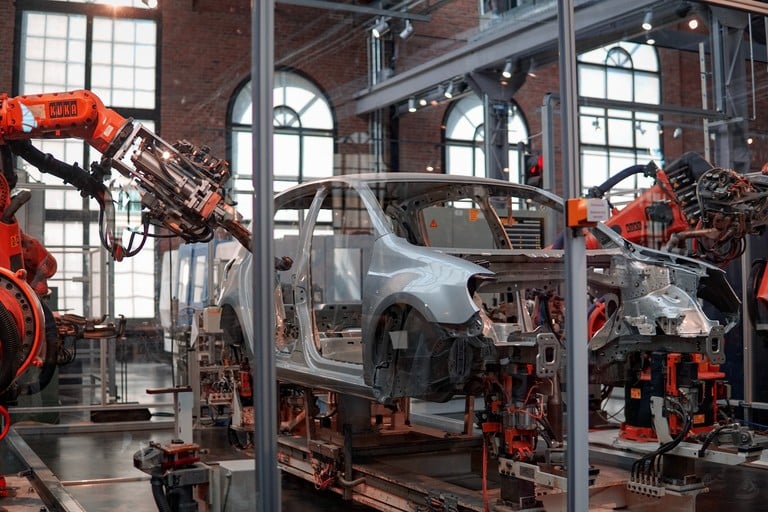 The automotive industry is one of the additive manufacturing sphere’s most dedicated investors.

Lamborghini, Audi, Ford, the list continues – almost all of the world’s most successful car brands are venturing into the additive manufacturing space. Indeed, Market Research Future forecasts that 3D printing in the automotive market will arrive at 4.98 billion USD in value by 2027.

One question lingers: how exactly is 3D printing being integrated into automotive production processes?

This article aims to reveal the sheer expanse of use-cases to which 3D printing can be applied in the design and production of cars, additive manufacturing weaving its way into both the processes running up to and coming after the creation of the car itself.

Though the image of the slick, futuristic vehicle has formed the face of the AM car scene (check out the David Bowie Tribute car to experience sleekness incarnate), 3D printing’s innovation is able to permeate almost every aspect of vehicle production.

From beginning to end, AM allows manufacturers to take the wheel and steer their processes into an innovative and efficient future.


The first use-case for 3D printing in the automotive industry blossoms in prototyping, the process of producing sample artefacts to hone design ideas.

One of the core advantages frequently attributed to additive manufacturing is the speed at which parts can be produced; in the context of car development, the procedures involved in trying and testing models are shortened dramatically by way of AM methods.

Creating a space in which prototypes can be produced and rethought at revolutionary rates fosters a myriad of further benefits.

With less effort spent on physically constructing prototypes, creativity is given licence to roam, designers afforded more freedom to test out unconventional ideas that may have absorbed too much production time otherwise.

Specialists in automotive prototype modelling, such as Vital Auto, seek out 3D printing’s swiftness for this very reason, allowing them to meet the demands of customers dreaming of designing ‘something that’s never been done before’ (Anthony Barnicott, Design Engineer at Vital). In no time at all, manufacturers utilising AM are able to turn over a final, material proof of concept in their hands. Prototype components can experience something of an organic evolution from one manifestation to the next.

Furthermore, tucked within the vehicle design process comes the subsection of creating ‘customisation’ options, another quality positioned at the centre of 3D-printed goods’ escalating popularity amongst consumers.

Bentley’s commissioning division Mulliner, for instance, released their Batur vehicle last year, offering the optional addition of AM titanium exhaust finishers, setting its driver up for an undoubtedly luxurious ride. The ability to adapt a product to the specific needs and desires of an individual continues to infuse additively manufactured products with an unmatched appeal.

The methods and materials by which a physical product is pulled from concepts and prototypes into a harmonised, single entity similarly flourishes when AM becomes involved.

Take the Czinger 21C, a hypercar that the automotive industry is currently swooning over. Notable in this vehicle is the use of AM specifically for constructing highly-stressed components, including its brakes and suspension. Lightweight and durable, these parts are tailored to take up as little space as possible, completely streamlining the car’s final composition where these components traditionally dominate the space.

The CEO of H.R Owen, Czinger Vehicles’ first international retail partner, hails the vehicle as a revolution in car manufacturing, “the crowning glory” of any car collection. 3D printing has formed the underpinnings of the throne on which the Czinger 21C sits.

AM’s aid, however, expands beyond the construction of cars themselves during the production stage. Another rising use-case of the technology is its application in tooling, able to create the specialised apparatus required to put together an end product.

ExOne’s binder jet 3D printing technology, for instance, was employed by FreeFORM technologies to print a component for an inspection robot’s arm for Allegheny Electric Service. A durable and cost-effective piece was produced for the company’s automotive tooling needs, saving them from the possibility of wasting thousands on machine malfunction, had the part been inadequate.

Capable of efficiently fashioning end-parts for both for vehicles themselves and for the equipment also necessary to construct them, such as those distributed by OEMs, AM pervades the automotive manufacturing process on more levels than just one.

Even after a car has hit the road, 3D printing’s benefits continue to unfold. Indeed, whilst AM is understandably associated with the heights of contemporaneity, it has recently been employed towards anachronistic purposes.

Though not explicitly a part of the official product life-cycle of vehicle manufacturing, appreciation for the long and rich history of car design remains prominent within the automotive community. Car modification is widely enjoyed, an activity which 3D printing’s flexibility is uniquely suited to.

Vintage car repair, as a specialist subsection of the automotive industry, suffers greatly from the difficulty of finding spare parts that have long dropped off of manufacturing cycles. Moreover, in the off-chance that a part is identified, prices can skyrocket in the wake of its rareness.

Once more, the customisable capacities of additive manufacturing extend a remedy. Simply a matter of rendering the desired part and firing up a printer, vintage motor vehicles meet the promise of rejuvenation, healing them up in preparation to live a second life.

Conclusion – The Road Towards Prosperity

Winding through the various stages involved in car manufacturing, this article has demonstrated the sheer expanse of uses to which additive manufacturing in the automotive sphere can be applied.

This excitement about 3D printing’s potential in this arena, moreover, is exceedingly current. Just a few months ago, two MIT students developed a unique 3D printable metal apt for car manufacturing. Conversations with Tesla are underway with the new material promising to broaden the scope of electric car production.

Amidst such exciting developments, MES workflow softwares overseeing manufacturing processes must become able to handle expanding breadth and depth of AM undertakings. As a customisable end-to-end workflow, AMFG’s solutions put forward a solution complementing the automotive industry’s rapid expansion into the world of 3D printing.

Enjoyed this? Check out our previous article, ‘What Consumer Products Can Be 3D Printed?’