With over 40 years’ industry expertise, Bowman International is one of the leading players in the bearings and sintered components market. The company’s innovative approach and adoption of additive manufacturing is enabling them to revolutionise the manufacture of bearings and help other companies do the same within their respective industries. With several HP and SLS systems at its disposal, it is also one of a handful of companies in Europe to have the latest HP Nylon PA11 material.

Bowman’s partnership with AMFG will enable Bowman’s experienced team of engineers to streamline its entire AM production process, for example using printability analyses to optimise digital CAD files for production. The software also allows Bowman to automate the scheduling of production jobs, verify the build status of parts and automatically generate data intelligence reports. Additionally, the software has been integrated with Bowman’s ERP system and provides the company with a custom digital part catalogue. 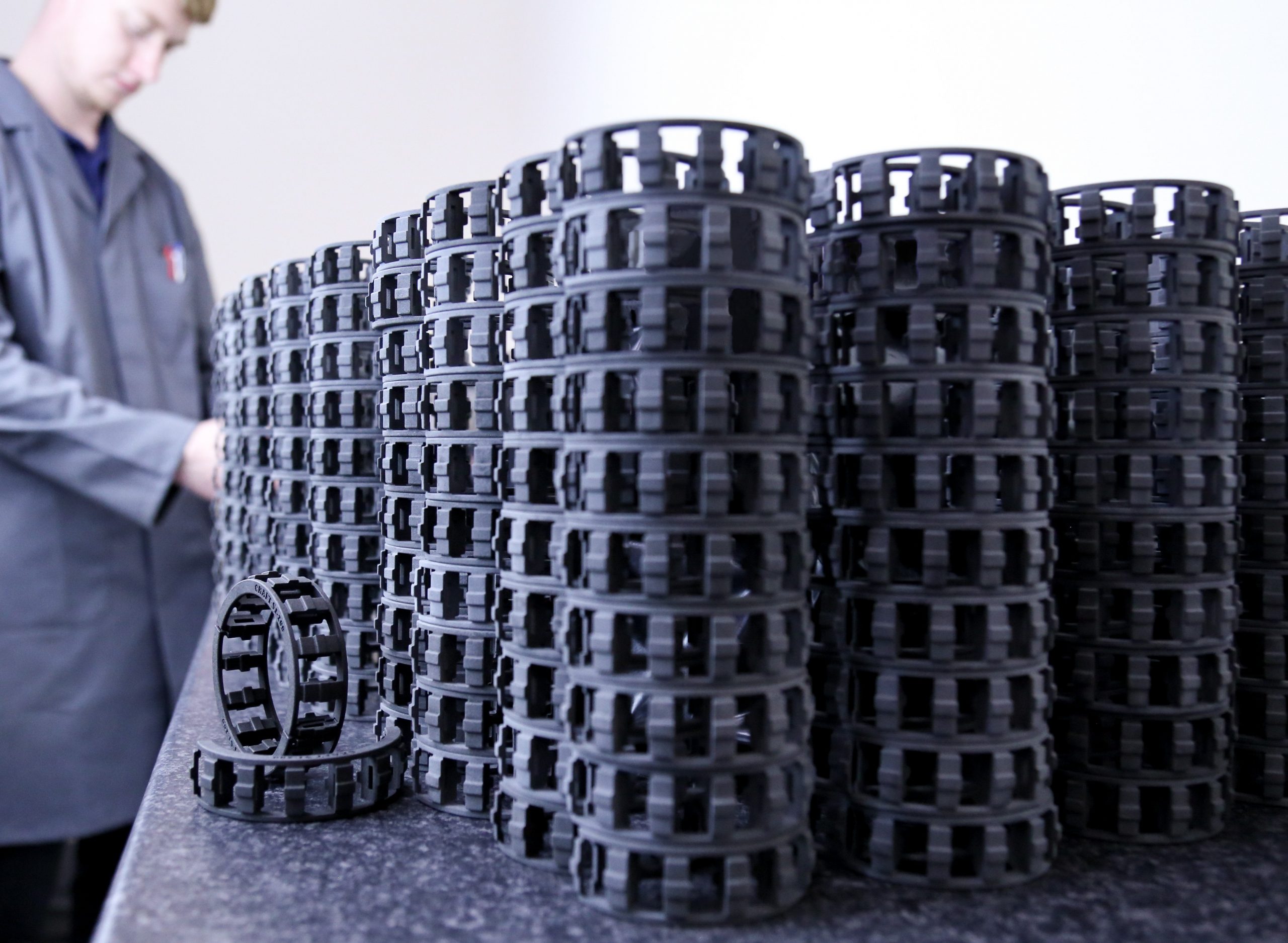 Jacob Turner, Head of Additive Production at Bowman International, had this to say about the partnership:

“We’re very pleased to be partnering with AMFG and using their automation software to scale our already expanding AM facility. Additive manufacturing is transforming the way bearings are manufactured, and we aim to continue to be at the forefront of innovating the production of bearings using AM. AMFG’s automation software will enable us to achieve this by significantly increasing the efficiency of our production processes.”

The bearings industry is facing an increase in demand for additive manufacturing, as the technology offers a cost-efficient way to produce complex components. Using the technology, Bowman has already been able to increase the load bearing capacity of its split bearings by up to 70%, and an increased working life of 500%.

“Our partnership with Bowman demonstrates the increasing demand for the automation of AM production processes across sectors, in this case within the bearings market.”

“Bowman is a leader in this field, and we’re thrilled to be leading the move towards greater production automation for additive manufacturing.”

Bowman International recently launched its revolutionary patent-pending ‘Rollertrain’ cage technology and aims to shape the future of manufacturing within the bearings industry. “While additive manufacturing has traditionally been used for rapid prototyping, true innovation will be in component production,” said Jacob. “Our AM division is already taking steps to innovate the manufacturing process for bearings and components. Ensuring that our production processes are as efficient as possible, through automation, is a key part of this process.”