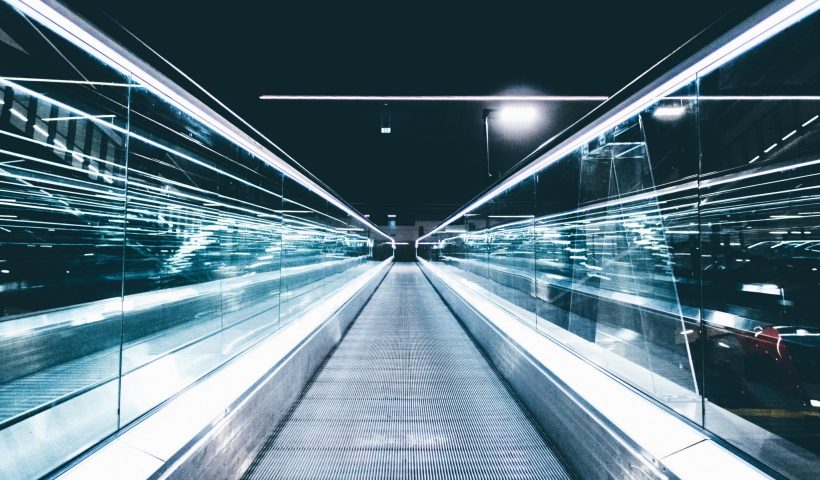 Whether it’s from the world of startups or well-established OEMs, companies are pushing the boundaries of what is possible with 3d printing. From design complexity to shorter lead times industrial 3D printing provides innovative soolutions to real-world applications – which partly explains why many companies are looking for ways to integrate 3D printing into their production processes. With this in mind, we’ve put together a list of some of the companies that are truly expanding the possibilities of 3D printing technology.

The medical industry has long benefited from 3D printing, with products like 3D printed implants paving the way for more patient-specific treatments and improved surgical outcomes. Osseus Fusion is one company contributing to this;  founded in 2012, the US-based medical device firm uses metal additive manufacturing to develop and produce medical products for spinal procedures. Just recently, the company has received FDA approval for its family of titanium 3D printed spinal fusion implants.

The device is designed to minimise back pain and help with faster healing. The titanium device reportedly possesses 80% porosity, which increases the likelihood of a successful procedure, thanks to greater fusion throughout the implant. With its FDA approval under its belt, the company looks set to continue to use additive manufacturing for future products.

Luxexcel is a Belgian company with a view to change lens manufacturing with the help of 3D printing. With its proprietary 3D printing technology, Luxexcel uses acrylic material to 3D print lenses. Said to be the world’s only company that can 3D print ophthalmic lenses, the company is giving ophthalmic labs and eye care professionals a new way to design custom lenses for their patients.

Luxexcel has already raised $10 million in investment for its 3D printed lenses – fully bringing additive manufacturing to the ophthalmic market. Now, it looks set to take its activities one step further by integrating its prescription lenses with augmented and virtual reality products, opening up new possibilities for personalised, smart eyewear.

While we may still be a long while away from fully 3D printed rockets, Space launch startup Relativity Space has taken an innovative approach in its creation of small launch vehicles. Relativity Space has made 3D printing the core of its manufacturing and development processes, and with its proprietary Stargate metal 3D printer, the company aims to produce most of its Terran 1 rocket with the technology, promising significant cost savings.

Using 3D printing and robotics, the company claims that it’s AM system can build a rocket from scratch in 60 days, which would be a significant acceleration when compared to traditional methods. The company is currently testing its fully 3D printed Aeos 1 engine and expects to test its Terran 1 rocket by late 2020, with a goal to start commercial launches in 2021.

Alongside the aerospace and medical industries, the automotive sector has been at the forefront of additive manufacturing, and BMW is no exception. The German automaker has already been using the technology for prototyping, tooling production for a number of years, as well as for greater customisation.

The concept of car personalisation within BMW began with its MINI range. The ‘MINI Yours Customised’ project allows customers to design and order their own customised parts, such as door sills and cockpit trim components. These parts are then 3D printed using a range of technologies from Carbon’s CLIP to SLS.

Now, BMW has successfully used 3D printing to produce a metal fixture for its i8 Roadster model. Engineers created an optimised roof bracket – a fixture that helps to fold and unfold the vehicle’s soft top – which weighs 44% less than previous versions. Today, the company can 3D print up to 238 of these parts per platform, making the roof bracket the first mass-produced, additively manufactured automotive component.

While this is an exemplary milestone, only time will tell how automotive OEMs will successfully make the shift from primarily rapid prototyping to encompassing end part production using 3D printing technology.

Local Motors is another automaker revolutionising the way vehicles are produced. In 2015, the US company presented the first vehicle with a fully 3D printed body. Two years later, it introduced Olli, the first autonomous electric vehicle for local, low-speed transportation. The self-driving shuttle is made up of a number of 3D-printed components, including the wheel covers, many parts of the internal structure and much of the interior.

This milestone was achieved thanks to the company’s unique approach: Local Motors produces its smart vehicles both collaboratively and locally,  reducing initial costs and time from design to production. Currently, Local Motors has three micro-factories where it combines Direct Digital Manufacturing (DDM) with community-based co-creation for designing its vehicles. And much of the success of this approach can be attributed to 3D printing, including the ability to create a completely customisable vehicle and increase speed to market.

Siemens has been exploring the potential of 3D printing alongside boosting its development. For example, earlier this year the industrial manufacturing giant has invested $36 million in a 3D printing facility in the UK and also launched an additive manufacturing network to accelerate industrial applications of the technology.

When it comes to manufacturing, Siemens is a great example of how the innovative technology can be successfully utilised in spare and end part production. Following the award-winning 3D printed gas turbine blade of 2017, Siemens has recently 3D printed metal replacement parts for an industrial steam turbine. The oil sealing rings were redesigned to add functional enhancements that could not have been made using traditional manufacturing methods. Ultimately, additive technology helps the company to achieve better performance in manufacturing and maintenance through increased design flexibility and the ability to manufacture on demand. 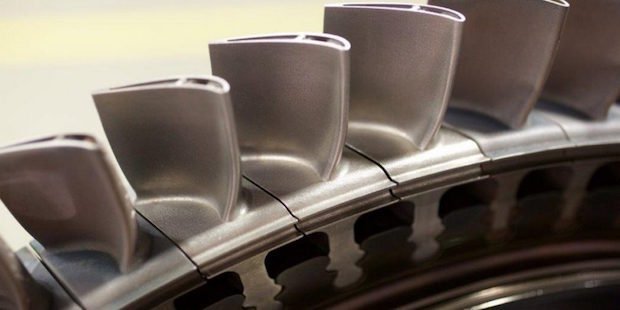 General Electric is one of the largest industrial users of 3D printing technology to date. The industrial giant has been leveraging the technology in various ways, from 3D printing prototypes and tools to the producing high-performance parts like fuel nozzles and turboprop engine components. Most notably, GE unveiled the first 3D printed fuel nozzle for its Leap engine in 2015.

The company has invested billions of dollars in additive technologies and has developed applications for 3D printing across six GE businesses while earning 346 patents in powder metals used in the additive process. In 2016, after buying controlling stakes in two leading AM industrial players, GE also established its AM subsidiary GE Additive. Today, GE has over 300 3D printers and plans to sell 10,000 additive machines over the next decade and produce 100,000 additive parts by 2020.

One of the few companies to own and operate 3D sand printers, US-based company Hoosier Pattern provides custom pattern and tooling services and offers sand 3D printing as a method to produce its moulds and cores.  The technology works by dispensing foundry-grade resin into layers of specially-engineered sand to produce dimensionally accurate moulds and cores.

The company has quickly seen the benefits of additive manufacturing since it acquired its first 3D sand printer in 2013. From shorter lead times to greater accuracy and reduced material wastage, Hoosier is able to 3D print moulds and cores for foundry use much more quickly, and produce simple casting without the need for expensive tooling. The technology also enables complex casting to be printed in one piece instead of separately, significantly speeding up the production process.

The adoption of additive manufacturing by Hoosier Pattern is another great example of the competitive advantages that companies can leverage by investing in the technology. 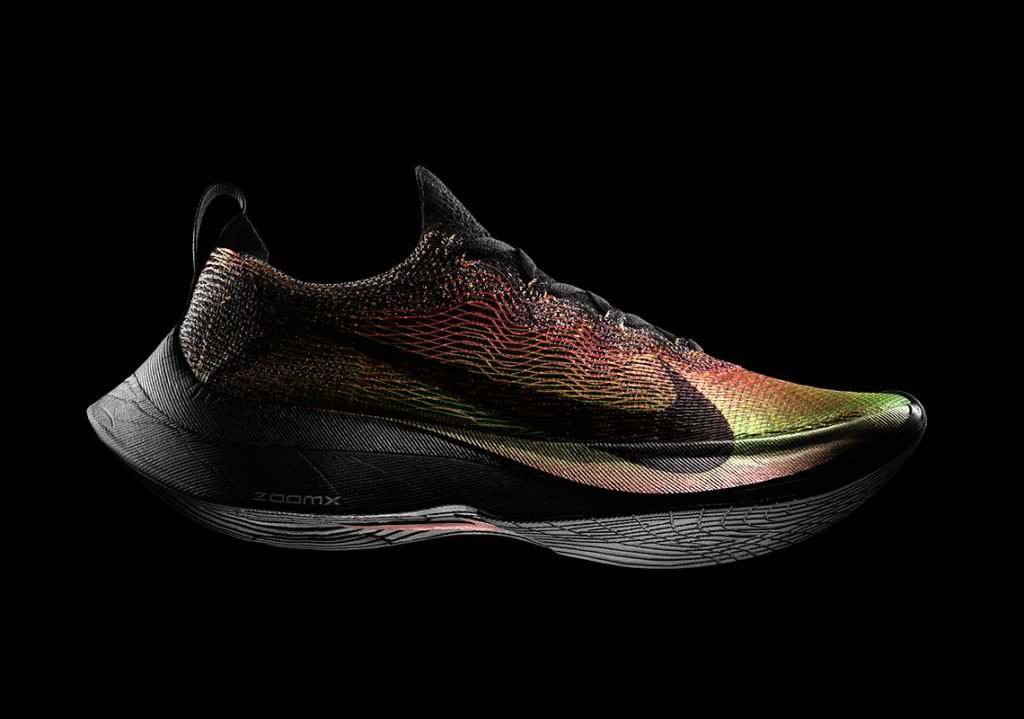 The footwear industry is no stranger to 3D printing, with the likes of Adidas and New Balance already using the technology to bring new, innovative products to market. Joining them is footwear giant Nike and its Flyprint sneakers – the first 3D printed textile upper in the industry. Described as “a lighter, more breathable and more water-resistant upper”, the new range of sneakers uses solid deposit modelling technology – developed by Nike itself. This technology uses thermoplastic filament (TPU), well-known for its flexibility, to create the upper.

The Flyprint itself is made up of a lattice of fused material. Remarkably, the material is both flexible and stretchy, and can be moulded to the wearer’s foot – making it a significant milestone in the development of fully customised 3D printed sneakers.

The emergence of silicone 3D printing has expanded the view of what is possible with additive manufacturing. The concept of 3D printing silicone parts has notoriously been challenging, in part due to the highly viscous nature of the material. However, ACEO®, a division of Wacker Chemie AG, hit the headlines in 2016 with the unveiling of the world’s first ever silicone 3D printing technology.

With its unique combination of material properties, 3D printing with silicone enables the on-demand production of parts and prototypes that are both flexible and complex. The development of the technology has vast implications for a range of industries, like medical and automotive, where such flexibility and multi-material properties are widely sought after.

Founded in 2015, Voodoo Manufacturing presides over a “digital factory” of over 200 desktop 3D printers at the time of writing. The company produces 3D printed parts, including machine components and toys, for its customers, and has reportedly 3D printed over 400,000 parts.

The company also frequently acts as both manufacturer and fulfilment centre by designing, producing and then shipping products to buyers. In 2017, Voodoo Manufacturing unveiled its (then) latest project. Project Skywalker aims to use robotics to increase production rates and compete with the capacity of traditional, mass manufacturing methods.

In an interview last year, CPO Jonathan Schwartz stated that the company’s aim is to ensure that manufacturing is “accessible to anymore who wants to make a physical part or product”.

Often overlooked within the additive manufacturing workflow, material and part inspection remains an integral element of the process. Ensuring that the part is flawless internally is especially crucial for high-demand applications within the aerospace, automotive and medical sectors.

Expanse Microtechnologies is a startup that aims to pioneer the optimisation of materials, parts and process within additive manufacturing. To achieve this, the Canadian startup has developed its own Microscale X-ray CT technology that offers unrivalled insight into part and material inspection, helping manufacturers leverage the full benefits of additive manufacturing.

Check out our recent interview with the CEO of Expanse Microtechnologies.