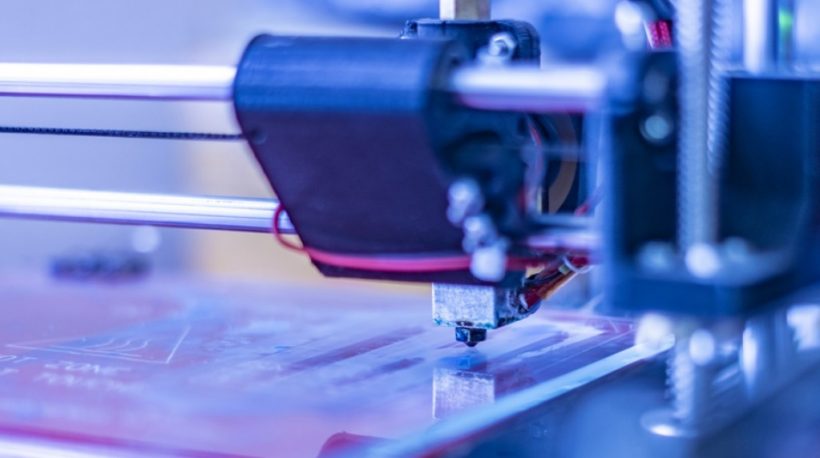 Why on-demand digital manufacturing is rising

JIT manufacturing has been the cornerstone of business practice for many companies pursuing lean manufacturing. It means a strategy for eliminating waste – wasted inventory, wasted stock and wasted time – by delivering a product or service when consumers request it.

By delivering just the right quantity at just the right time, manufacturers don’t need to keep a large inventory of stock parts, saving the money tied up in downstream inventories.

While the concept sounds attractive, the reality of many companies using JIT manufacturing is that they still need to force their suppliers to carry inventory instead of carrying it themselves and then demanding (and receiving) short lead times on components so that products can be simply assembled by them and then shipped to the customer.

Such an approach have several drawbacks. For example, it can be susceptible to any kind of supply chain disruption, as was highlighted by the COVID-19 pandemic and then the Suez Canal incident.

With no stocks to fall back on, a minor disruption in supplies to business operating in JIT mode from just one supplier could force production to cease at very short notice.

On the other hand, on-demand additive manufacturing provides an alternative to long supply chains, changing the entire approach to production and warehousing of items and components.

Current AM capabilities offer faster printing speeds and improved process reliability than it was just a few years ago. At the same time, solutions emerge that further facilitate on-demand manufacturing like digital inventories and software for secure distributed production.

The benefits of on-demand additive manufacturing

Production at the point of need

AM makes it possible to produce parts when they are ordered in the exact quantity needed.

The key reason for this is that 3D printing enables you to manufacture parts directly from a digital design file, without using any tooling, like moulds, the cost of which needs to be amortised through a fixed minimum order quantity.

Without a minimum order quantity, AM enables you to produce components cost-effectively in quantities as small as one item.

Furthermore, thanks to its digital nature, AM is driving the advent of digital inventories – a virtual storage of parts that otherwise would take up space in a physical warehouse.

In a digital inventory, you can store any number of items together with their production and post-processing requirements. Once the demand for a particular item appears, production can start at the click of a button, given that you have capacity and materials on hand.

Digital on-demand manufacturing with AM can go even further if you couple digital inventories with a distributed production network.

Through specialised software that helps create a digital bridge between production partners, companies can easily and securely share 3D files and data with suppliers and subcontractors. This way allows them to 3D print items not only when they or their customers need them but also closer to where these items will be used.

While this concept is still in the early stages, several organisations have initiated pilots and POCs to prove its feasibility.

For example, American manufacturer Moog teamed up with Microsoft, ST Engineering and Air New Zealand to demonstrate how on-demand 3D printing can benefit the aerospace industry.

For this project, a Boeing 777-300 aircraft, bound for Los Angeles Airport after departing from Auckland, carried out a proof of concept centred around the simulation of a broken cabin part.

Upon reaching cruising altitude, the aircrew notified maintenance in Auckland that they needed to replace a Business Premier bumper part – which sits between seat and monitor to ensure the seat isn’t damaged when the screen is pushed back to a default position.

ST Engineering identified where the spare part could be 3D printed in Los Angeles and sent directly to the airport.

Sharing design files digitally and using localised 3D printing allowed the part to be produced well before the aircraft landed. Within 30 minutes of being on the tarmac, the part was replaced, and the plane could complete its further three scheduled trips before returning to Auckland.

According to Moog, delivering this spare part in a traditional way would have had a 44-day lead time, and it would have cost roughly 30,000 US dollars in revenue loss.

Creating a distributed production network that would enable similar scenarios is clearly on the horizon. Companies, particularly those who maintain extensive inventories and require spare parts to be delivered quickly, need to start thinking about how they can jump on this opportunity and secure a competitive advantage.

On-demand additive manufacturing enables production tailored to each batch with almost no limitations for product customisation.

AM unlocks new customisable possibilities because it does not require expensive tooling changes based on individual specifications. In 3D printing, the design data can be easily modified based on customer requirements and then transferred to a 3D printer.

What this means is that the complexity that comes with customisation doesn’t incur additional costs. A 3D printer takes no more time, energy, or material to manufacture a complex shape than a simple one, and zero tooling means printing various designs requires no extra production costs.

3D printing of custom items on demand is particularly beneficial for industries that need to respond to consumers’ exact needs, like healthcare.

With on-demand AM of customised products, the software is again playing an instrumental role. The rising mass customisation trend made configuration, scanning and 3D modelling software even more popular. Such solutions can quickly and cost-effectively assemble customer’s preferences and envision the final product.

This, however, can be challenging: one question that arises when using 3D printing to produce customised parts is how to identify very similar parts that were printed in one build.

There are several possible solutions, including the use of a printed label, 3D scanning, the use of QR codes and MES software to enable greater traceability.

Setting up an on-demand manufacturing facility is going beyond the purchase of AM systems. Because AM differs from traditional manufacturing, using AM in the on-demand production model requires a substantial step-change. Below, we highlight several areas of transformation you’ll need to consider to benefit from on-demand additive manufacturing.

There is a popular belief that the main bottleneck to implementing AM as an on-demand production alternative lies in the materials and processes.

While there are still some limitations in these areas, one of the key challenges to using AM in production is the design for additive manufacturing (DfAM).

AM works best when parts are designed to be used with this technology. It often means that CAD models designed for traditional manufacturing wouldn’t be viable to 3D print unless they are redesigned and optimised to meet the requirements of AM processes.

The need for redesign poses a challenge since it requires a high level of expertise and investment in testing the new design versions.

As highlighted above, one thing that can help companies truly benefit from on-demand additive manufacturing is digital inventory.

Some companies try to create a digital database of 3D files in shared folders. This approach, however, isn’t very efficient: it will most likely lack connectivity with your production management system and would require you to download files each time you want them 3D printed.

A better approach would be to use dedicated software to store CAD models AND their production requirements.

A single system to store digital AM spare parts makes it easy and straightforward to find the design file and all the necessary data about the part, like the required process and material.

An additional requirement for a digital inventory is connectivity with your other IT systems like ERP and MES. Digitally linking your virtual inventory and production management software will allow you to order parts and send them for production with a click of a button, ultimately saving huge amounts of time and effort.

As companies move into a post-pandemic era, they are looking to future-proof their manufacturing. For 84% of companies, on-demand manufacturing is believed to be one of the critical solutions, according to a recent Fictiv’s survey.

It means that if and when there is another external shock of the scale of COVID-19, on-demand AM could prove to be an invaluable tool in your organisation’s efforts to keep your essential supply chains running in a most flexible, efficient and sustainable way. 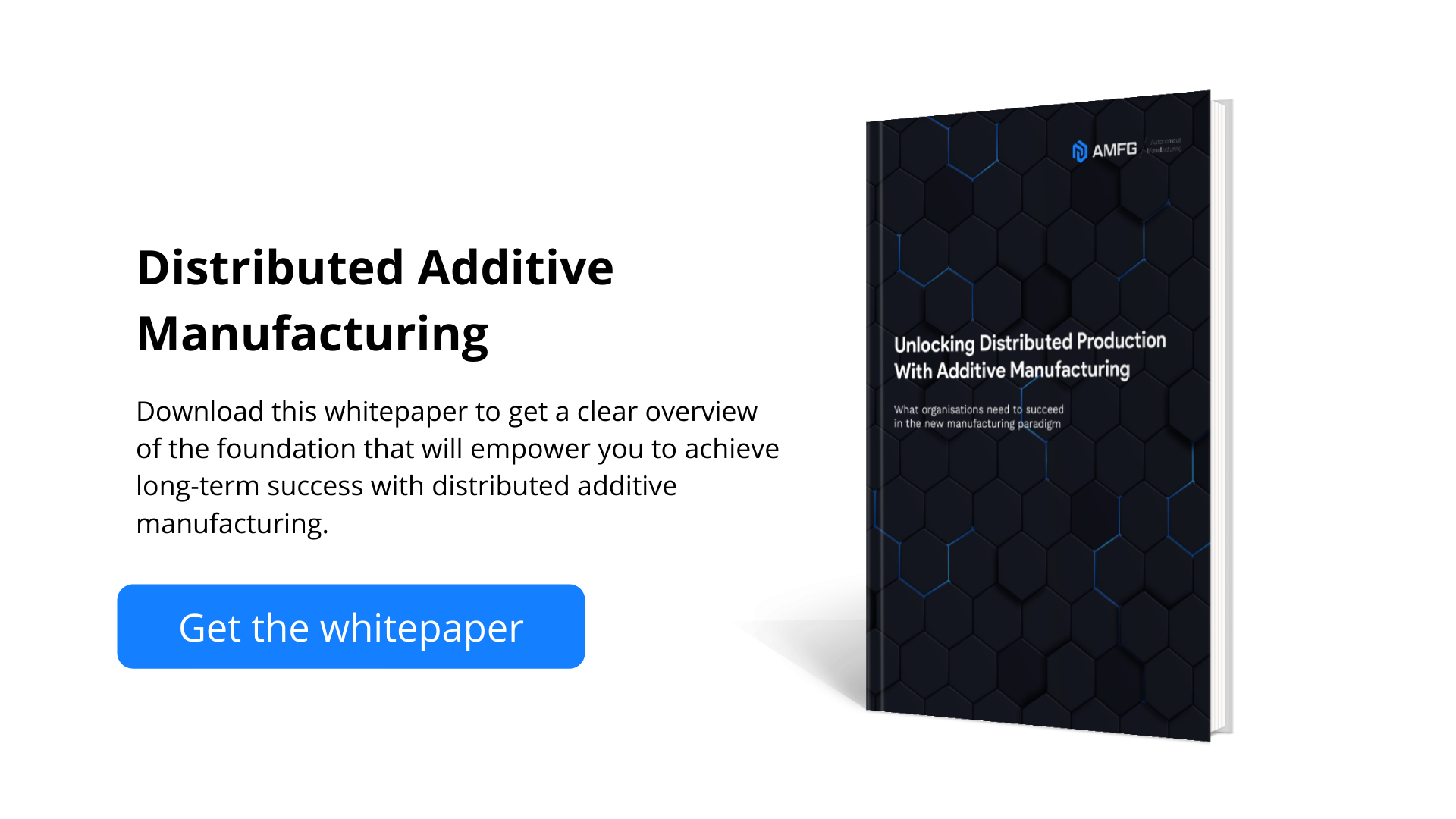