Aerospace has long been at the forefront of 3D printing innovation, with the first use of the technology being back in 1989. Now, three decades later, aerospace represents a 16.8 per cent share of the $10.4 billion additive manufacturing (AM) market and contributes heavily to ongoing research efforts within the industry.

With the ability to create complex designs, lightweight parts and reduce production costs, 3D printing offers many advantages for the aerospace industry. However, key players, such as GE, Airbus, MOOG, Safran and GKN, are not only leveraging the benefits of the technology, they are also advancing it through ongoing research and development.

Today, as we continue to look into the use of 3D printing across various industries, we’ll focus on how aerospace is leveraging the benefits of 3D printing to drive innovation in the design and manufacturing of aircraft components.

The benefits of 3D printing for aerospace

For industries, like aerospace, where highly complex parts are typically produced in low volumes, 3D printing can provide an ideal solution. Using this technology, complex geometries can be created without having to invest in expensive tooling equipment. This offers aerospace OEMs (Original Equipment Manufacturers) and suppliers a cost-effective way to produce small batches of parts.

Alongside aerodynamics and engine performance, weight is one of the most important factors to consider when it comes to aircraft design. Reducing the weight of an aircraft can significantly reduce its carbon dioxide emissions, fuel consumption and payload (for spacecraft).

This is where 3D printing comes in: the technology is an ideal solution for creating lightweight parts, resulting in considerable fuel savings. When coupled with design optimisation tools, like generative design and topology optimisation software, the potential for increasing the complexity of a part is almost limitless.

For aerospace applications, 3D printing often helps to lower the buy-to-fly ratio for metal parts. The term refers to the correlation between the weight of the amount of material originally purchased and the weight of the finished part.

In conventional manufacturing, for example, titanium aircraft components may have a buy-to-fly ratio between 12:1 and 25:1. This means that 12 to 25kg of raw material is required to produce 1kg of parts. In this scenario, up to 90 per cent of the material is machined away.

Metal 3D printing can reduce this ratio for titanium components to between 3:1 and 12:1. This is because metal 3D printers typically use only the necessary amount of material needed to create a part, generating only a little waste from support structures. For expensive metals, like titanium and nickel alloys, the cost savings from this reduced buy-to-fly ratio can be quite significant.

One of the key benefits of 3D printing is part consolidation: the ability to integrate multiple parts into a single component. Reducing the number of parts needed can significantly simplify the assembly and maintenance process by reducing the amount of time needed for assembly.

GE, for example, is now producing fuel nozzles for jet engines, using AM. Design for AM has enabled the company to bring the number of components needed down from 20 to just 1.

The average lifespan of an aircraft can range between 20 and 30 years, making maintenance, repair and overhaul (MRO) an important function in the industry. Metal 3D printing technologies, like Direct Energy Deposition, are commonly used to repair aerospace and military equipment. Turbine blades and other high-end equipment can also be restored and repaired by adding material to worn-out surfaces.

Aerospace companies are already using a wide variety of AM technologies. Fused Deposition Modelling (FDM), for example, is commonly used to create prototypes and tools. French aerospace manufacturer, Latécoère, uses FDM for prototyping and tooling production, slashing lead times by up to 95 per cent. In addition to this, FDM can also be used to produce end parts for aircraft interiors.

As a pioneer of 3D printing technology, the aerospace industry contributes significantly to the development of AM techniques and equipment. For example, 3D printer manufacturer, Sciaky, is collaborating with Airbus and Aubert & Duval on the development of new manufacturing methods for producing aircraft parts made from titanium alloys.

In the meantime, GE is developing a metal binder jetting machine to enable mass production with AM.

While prototypes for aerospace components can be made from a range of plastic materials, end parts for aerospace applications must meet stringent requirements. Top-quality flight-grade materials are, therefore, necessary to 3D print functional parts.

Titanium is one of the most popular materials for 3D printing aerospace components, as it combines the lightness of aluminium with the strength of steel. Although titanium powders are quite expensive, the cost can be partially balanced by recycling unused material and minimising waste through better designs possible with AM.

Aerospace OEMs and suppliers have embraced 3D printing as an alternative method for producing manufacturing aids, including jigs and fixtures.

In the past, the company outsourced this fixture, with the process taking between 4 to 6 weeks. Now Moog uses 3D printing in-house, making CMM fixtures in approximately 20 hours. Fixtures that would previously have cost over £2,000 can now be made for a couple of hundred pounds.

Due to the difficulty of predicting demand, spare parts must typically be kept in stock for availability at short notice. 3D printing is an ideal solution for producing spare and replacement parts, as they can be produced at the point of need.

On-demand, low-volume 3D printing could significantly improve turnaround time for maintenance operations, reduce shipping costs and all but eliminate the need for a physical inventory of parts.

For example, 3D printing has been used to produce spare parts, like gasket handles and longerons, for ageing military aircraft. In a similar vein, Lufthansa Technik, the MRO division of Lufthansa, established an AM centre to develop 3D-printed parts, including replacement components.

An increasing number of aerospace manufacturers are turning to AM to produce aircraft structural parts, from interior aircraft components to complex engine parts.

One example of an interior component comes from aerospace Tier 1 supplier, Diehl Aviation. The company has recently used FDM technology to produce a curtain header – an enclosure that sits above the curtain rail, separating classes onboard.

The enclosure was previously constructed using several layers of laminated fibreglass and required specialised aluminium tooling, which was time-consuming and costly.

Diehl was able to assemble this part from 12 3D-printed thermoplastic components, drastically reducing the tooling costs and saving hours of workforce time. This piece is, reportedly, the largest fully 3D-printed passenger aircraft part ever produced and is being line-fitted into A350s.

Producing engine components is another use case for 3D printing, thanks to the ability to create lightweight, complex parts. For example, spacecraft manufacturer, Rocket Lab, made headlines following the production of its 100th Rutherford rocket engine last year.

The company has been using 3D printing for all its primary engine components (including combustion chambers, injectors, pumps and main propellant valves) since 2013.

One of the biggest challenges faced by aerospace OEMs, when implementing 3D printing technology, is certification. Aircraft components must adhere to stringent regulations, with regulators tasked with ensuring that 3D-printed parts are just as safe as those manufactured using traditional methods.

That said, standards and regulations for 3D printing in aerospace are being gradually developed. In 2018, SAE International released its first suite of Aerospace Material Specifications (AMS) for metal AM materials and processes used for aircraft and spacecraft critical parts.

In addition to metal AM standards, SAE International also released the first AM polymer specifications for the aerospace industry last year. For example, the AMS7100 specification establishes the critical controls and requirements to produce reliable, repeatable, reproducible aerospace parts by FDM or other material extrusion production.

Another challenge for aerospace OEMs is ensuring process repeatability. Qualification processes must be established, in addition to designs and regulations, to ensure that certifiable parts can be created on-demand using 3D printing. This could include the use of workflow automation software, such as AMFG, to ensure that all process steps are logged and that full traceability is achieved along each stage of production.

The future of 3D printing in aerospace

Despite the challenges, the aerospace industry continues to pioneer the development of AM as a viable technology for end-part production.

Collaboration will play a key role in this development, with OEMs, government agencies and research institutions partnering – for example, to speed up the certification process.

Within the aerospace market, 3D printing end-part production is forecast to top $3 billion by 2024. As 3D printing continues its steady growth, we could see even more 3D-printed metal and polymer parts within aircraft and spaceships in the years to come.

The upcoming 3D printer models you need to know about 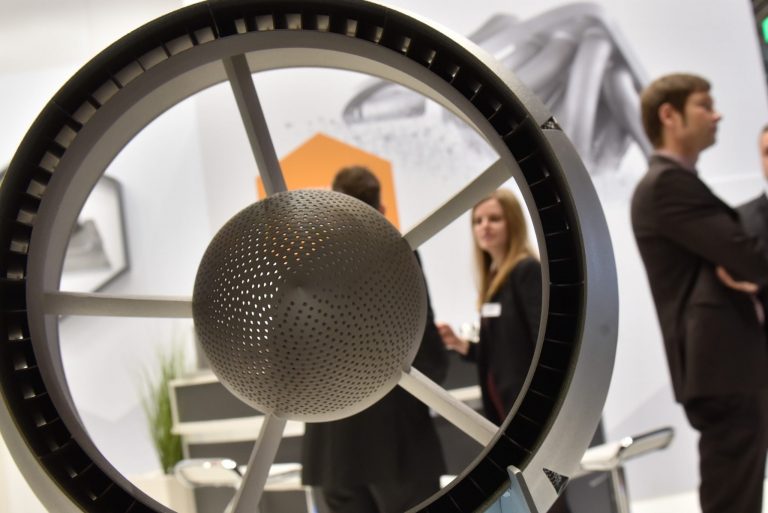 5 Technologies You Must See at formnext This Year 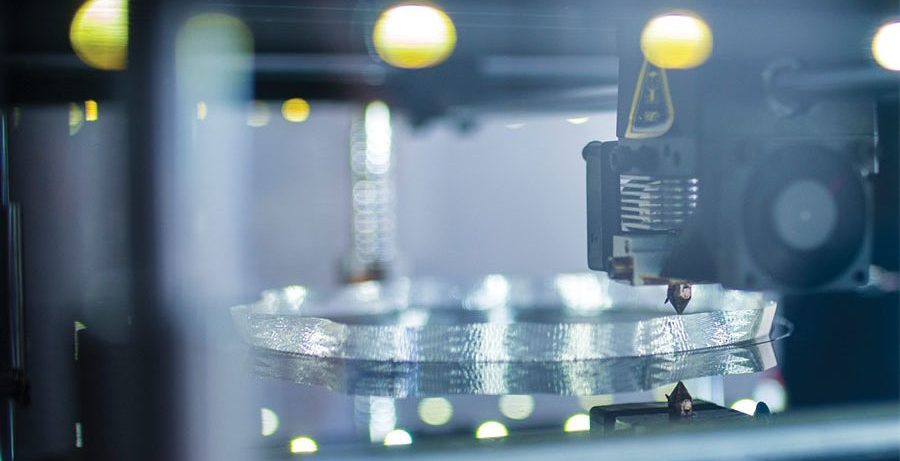 Developing Standards for 3D Printing: Where are We Today? (2020 Update)