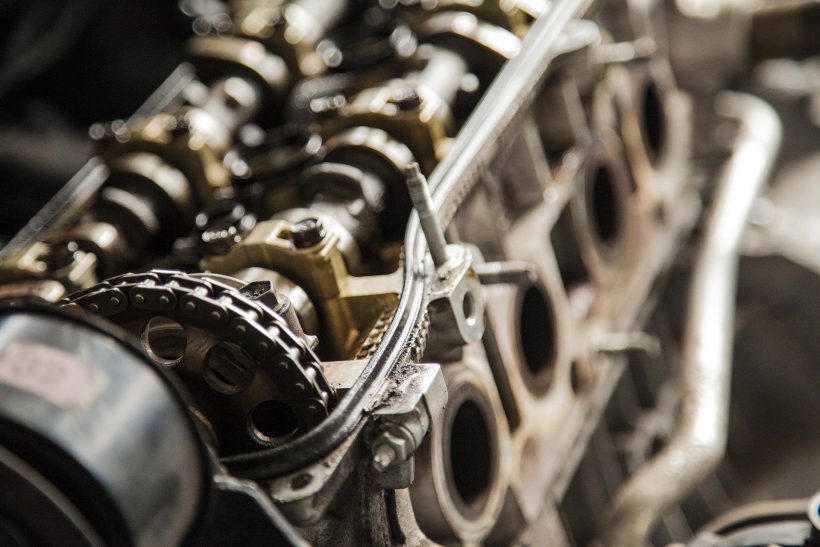 Faster turnaround time, on-demand production and greater flexibility in repair services – these are just some of the benefits 3D printing offers for Maintenance, Repair and Overhaul (MRO) operations.

It’s no wonder, then, that the technology is used in MRO across multiple industries, including the aerospace, railway, oil and gas and automotive sectors.

In today’s article, we’ll be diving deeper into how 3D printing is benefitting MRO, while exploring examples of the technology in action.

1. 3D printing helps to bring an asset back to service faster

Maintenance teams are always under pressure to deliver service quickly, efficiently and at low cost. The major task of maintenance is to decrease unplanned downtime and, therefore, increase Overall Equipment Effectiveness (OEE).

3D printing helps maintenance in reducing downtime by increasing availability of replacement parts or repair fixtures – in many cases at a lower cost and with faster turnaround time.

For industry, producing spare parts and tools faster means increased machine uptime and fewer production disruptions. For consumers, it means less waiting time for someone to repair a car or appliance.


Traditionally, paintless dent repair techniques for cars have relied on a tool, which is essentially a metal rod, or body pick, that pushes out dents from the underside of a vehicle body panel.

Such tools use a single point of contact with the dent. While effective in some cases, this approach has been somewhat limited and can slow down the process.

In collaboration with B9Creations, a 3D printing solutions company, Ding Tool has developed an improved 3D-printed dent tool that is able to provide up to 19 contacts with a dent, increasing the repair speed. It also allows users to fine-tune the amount of spring-loaded force delivered when repairing dents.

According to the company, the new tool can provide between 20 and 30 per cent increase in speed for dent repairs – meaning that a customer can receive his car back within a much shorter time frame.

2. 3D printing can extend the lifespan of outdated or damaged assets

If maintained properly, assets can operate for many years. But inevitably, a machine will become outdated and spare parts may be difficult to find or too expensive to order.

Take the railway industry as an example. The service life of trains typically ranges between 35 to 45 years. Train operators are therefore faced with several challenges when it comes to vehicle maintenance and replacement for older train parts, which can be difficult to source.

One such challenge is the downtime cost per day for a train, which can be quite high. It’s estimated that a train part in need of replacement, which costs less than €100, can often set back a single major U.S. commuter rail service €18,000 for every day that the part keeps a train out of service.

In order to cope with such challenges, companies – not only in the railway industry, but also in other sectors, where assets typically serve for many years, like aerospace and oil and gas – seek new ways of producing obsolete spare parts faster and more economically.

3D printing is becoming one of the technologies that can solve such issues. It’s a digital manufacturing technology, which means that it relies on digital workflows and doesn’t require additional tools, like moulds, to create a part.

Without the need for such tools, 3D printing can cut the manufacturing time significantly for obsolete spare parts, in some cases by as much as 95 per cent. The process is also frequently coupled with reverse engineering, particularly when the original design of a part has been lost.

A 3D-printed spare part keeps the old train on track


Over the past few years, Deutsche Bahn has identified the possibility of using 3D printing for more than 100 use cases. Most parts are availability-relevant, meaning that they can be difficult to procure, causing a month-long vehicle downtime.

One example of such a part is a wheelset bearing cover for a Class 294 locomotive. This model was put into service in the 1960s and 1970s, and spare parts for some components, like this cover, are unavailable.

Traditionally, when Deutsche Bahn needs to have new parts produced, it turns to a casting process. However, this method typically involves high minimum purchase quantities, and part delivery could take several months. For one-off parts, like the wheelset bearing cover, this approach proves inefficient and costly.

3D printing appears as a natural alternative, providing the ability to print the part faster and on demand. The company turned to a service bureau, which 3D-printed a bearing cover using Wire Arc Additive Manufacturing (WAAM) technology. The WAAM process uses wire as a raw material. The wire is fed through a nozzle and welded, layer-by-layer, into the final workpiece.

The part, which weighs 13 kg, was printed in just 7 hours, providing Deutsche Bahn with benefits like increased part availability and considerably lower manufacturing costs. Ultimately, using 3D printing allowed the company to put the train back on track much faster and avoid lengthy and costly downtime.

Another way to speed up repair operations and return an asset back to service is by using 3D printing to repair components directly.  Maintenance teams in aerospace, shipbuilding and industrial goods are beginning to use AM processes, such as Direct Energy Deposition (DED), to remanufacture components back to their original form.

Earlier this year, a consortium of 7 UK companies and organisations launched a £1.2 million project, called DigiTool, to enable low-cost repair of tools and dies by using AM technologies.

With 3D printing, companies in the tool and die sector can overcome the costs of die replacement and repairs, with the potential to speed up the maintenance process. This will help firms save on costs and materials, while simultaneously improving their sustainability with less wastage.

Maintaining an inventory of spare parts isn’t cheap: prices can go up to thousands of dollars each year just to maintain a warehouse full of spare parts. Some parts are expensive, and companies only need to keep a couple of spares on hand to avoid machine downtime.


For such parts, 3D printing can provide a solution in the form of a digital inventory. 3D printing requires digital files to produce a part, so once the design is approved, it can be stored in a virtual part catalogue on a local disk, in a central disk, or even in the cloud.

In an ideal world, virtual inventories will enable manufacturers to send digital files to their production facilities, anywhere in the world, for on-demand production, cutting costs and saving a considerable amount of resources.

In this way, the creation of digital inventories offers an agile approach to maintenance, enabling companies to achieve lower inventory costs and ensure parts are delivered in a shorter time frame.

The supply base for maintenance and repair materials is highly fragmented, due to the nature of specialised parts for varied equipment. Procuring such parts often comes with long lead times, a challenge for manufacturers that need access to spare parts or tools immediately.


A 3D printer provides the ability to print repair parts on demand and closer to the point of need, reducing the lead time as well as logistics costs.

This is particularly beneficial for remote locations like offshore rigs, battlefields and ships, where the supply of replacement parts is limited or where logistical issues are likely to cause delays.

The U.S Navy also brings 3D printing technology on board to speed up operations.

Last year it was announced that over a 28-month period, the Navy’s USS George H.W. Bush (CVN 77) aircraft carrier, will be upgraded with conventional and 3D-printed parts. The team at the ship envisions that, in case something gets broken, they’ll be able to print a spare part right there, without the need to wait for a part to be made and transported to a vessel or to return to a port.

3D printing is becoming an indispensable tool in the toolbox of maintenance teams. The technology helps to reduce machine downtime by expediting lead time for spare parts. With the possibility to 3D print parts that are no longer available, it also helps to keep ageing equipment in service longer.

With so many benefits, we see the use of 3D printing in maintenance and repair only increasing, taking MRO operations to the level of greater agility and responsiveness.