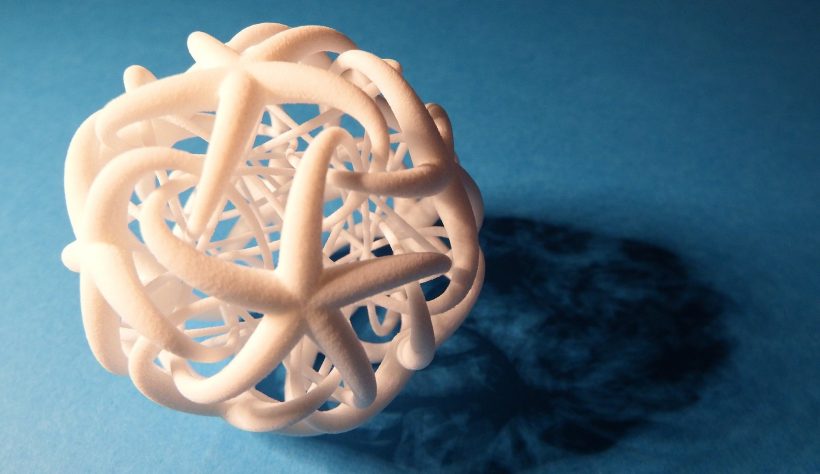 3D printing has reached its inflection point. Having been an important prototyping tool for decades, the technology is now increasingly becoming a viable solution for manufacturing applications.

That said, there are still a lot of misconceptions about the technology. Today, we’re taking a look at some of the most commonly-held beliefs about 3D printing, and dispelling the myths behind them.

Adoption of 3D printing is on the rise, as the capabilities of the technology are increasingly rising to the challenge of demanding manufacturing environments. With the interest in 3D printing over the last decade, it can be easy to believe that the technology is new.

But in fact, 3D printing has been around for more than 30 years now, with stereolithography (SLA) having been invented in 1984 and the first 3D printer introduced in 1987.

The advances the technology has made since its early days in the 1980s have been remarkable. Some of the benefits it provides include digitised manufacturing workflows, a simplified supply chain, more agility, more on-demand and just-in-time production, lower costs and the ability to create complex geometries.

Myth 2: “AM will replace traditional manufacturing”

One of the common myths surrounding 3D printing is the idea that it can replace conventional manufacturing methods.

Currently, additive manufacturing represents only a fraction of the total $12 trillion manufacturing industry. Although this proportion is poised to grow, it’s unlikely that 3D printing will ever fully replace established manufacturing methods like injection moulding and CNC machining.

3D printing is still a rather niche technology, best suited to certain applications. These include, for example:

Instead of thinking of 3D printing as a replacement for traditional manufacturing, it’s therefore better to see it as a complement to existing methods.

Myth 3: “3D printing is one technology”

In more mainstream circles, 3D printing has become synonymous with the most popular additive technology to date — Fused Filament Fabrication (FFF). While FFF remains the most recognised 3D printing process, it’s far from being the only one.

In actuality, 3D printing is an umbrella term that encompasses a group of 3D printing processes. The ISO/ASTM 52900 standard, which aims to standardise the terminology used in 3D printing, identifies seven different categories of AM processes. These are:

With so many different technologies, it can be difficult to understand their capabilities and areas of application. The way you design, select a material and post-process your part varies from one technology to another. There will certainly be a learning curve involved, but with all the benefits the technology offers, it’s definitely worth mastering.

Myth 4: “Additive manufacturing is too expensive” 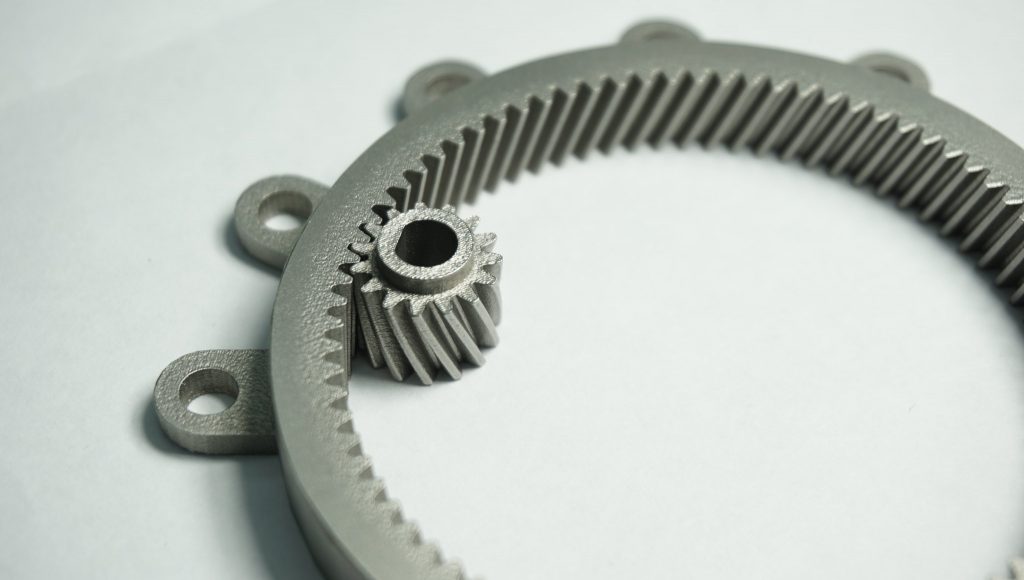 Additive manufacturing, particularly with metals, is regarded as an expensive technology to own. While true to some extent, the equipment and operational costs are just one part of the equation. What also needs to be factored in is the overall impact AM will have on the supply chain.

Consider the following scenario. You’re mass-producing a spare part for 2$ per part using injection moulding. But what if you need just a few hundred units? To amortise high tooling costs, you’ll have to produce thousands of identical parts, regardless of the actual amount of parts you need. This means that you’ll have to maintain the inventory for the parts you don’t currently use, resulting in warehousing costs.

Managing that extra stock is expensive if you consider part storage, handling and disposal. Furthermore, it’s likely that a warehouse will be far from your location, leading to additional transportation expenses.

On the flip side, 3D printing that same spare part might be a few times more costly to produce. But since 3D printing doesn’t require any specialised tooling, it enables you to print as many parts as you need, when and where you need them. This added benefit of a simplified supply chain translates into cost-savings, as 3D printing helps to eliminate inventory and transportation costs.

Ultimately, choosing to invest in AM doesn’t have to mean buying 3D printers straightaway. For companies new to additive manufacturing, outsourcing AM projects can be a great introduction to the technology.

Myth 5: “3D printing only requires the push of a button”

A common analogy used with 3D printing is to compare it with 2D printing: you push a “print” button and the part is ready for use.

However, this is far from reality, as industrial 3D printing requires significant design preparation and post-processing to ensure that parts come out as intended.

Take a look at our articles on the AM design considerations or the issues related to metal 3D printing — you’ll understand just how nuanced the technology can be.

To aid in the complexity, companies have launched highly automated hardware systems, while others develop software to enhance and streamline AM processes, from design preparation to workflow management.

While 3D printing parts with a push of a button isn’t what the technology offers today, with the current automation trends we might come closer to that vision in the future.

Another common misconception about 3D printing is that it’s suitable only for smaller parts.

Some 3D printers, particularly powder-based, indeed have relatively small build volumes. This is because 3D printing of larger parts using powder-bed processes is often not cost-effective.

On the metal side, Sciaky’s Electron Beam Additive Manufacturing (EBAM) is being used to create giant titanium domes for satellite fuel tanks.

In such applications, 3D printing offers a cost-effective and flexible solution for manufacturing large parts faster, proving that the possibilities opened up by the technology go well beyond just small components. 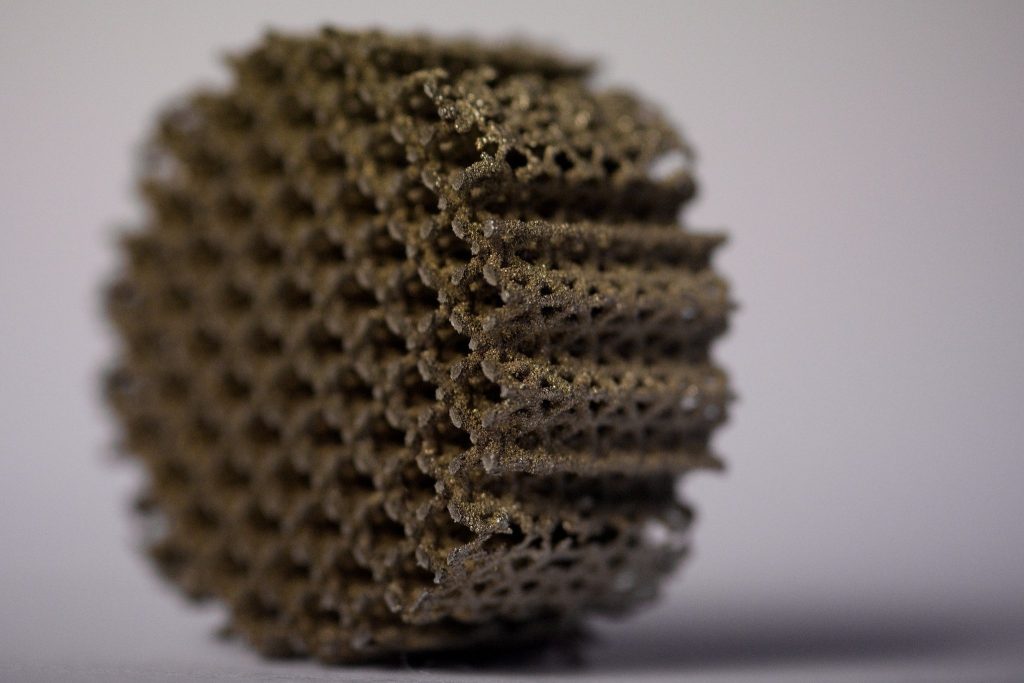 “Complexity is free” is a phrase commonly heard within the industry. It refers to the ability to use 3D printing to produce objects of any level of complexity.

3D printing technologies are indeed incredibly versatile. They can be used to create parts with thin walls, intricate geometries, hollow and latticed internal structures impossible with traditional methods. But despite this versatility, there are some limitations.

As with any manufacturing technology, 3D printing has its design rules and principles that engineers need to follow to manufacture parts successfully. For example, parts with long overhangs and angles below 45 degrees will require support structures to prevent a part from collapsing during the printing process.

When designing for AM, engineers also need to define the part orientation and toolpath as well as factor in post-processing steps. It means that any 3D-printed part will need to be to meet certain design considerations — the considerations which dictate the feasibility of producing a part by this technology.

Therefore, complexity is free only when this complexity meets the design requirements imposed by 3D printing. Only by taking into account design considerations, engineers can derive the greatest value from producing components with additive manufacturing.

Myth 8: “Fully 3D-printed organs are just around the corner”

3D printing has made huge strides within the medical industry, and we’ve seen major advances with customised 3D-printed prosthetics, orthodontics and hearing aids. But how far are we from the notion of 3D-printed organs?

As of today, 3D printing is still leagues away from producing viable, transplantable organs and tissues. These applications require far more complex 3D printing technology that has yet to be developed.

Myth 9: “3D printing can print everything”

With 3D printing being used for a wide variety of applications, it may seem as though the technology can be used to print anything.

A cure to disappointment is the understanding that 3D printing isn’t a magical solution. It can do wonders when accelerating design development and opening up new opportunities in manufacturing. But in the end, it’s just another tool in the toolbox, with its own limitations and suitable applications.

Looking past the hype

While there will always be a lot of hype around fast-growing industries like 3D printing, it’s important to look beyond the hype and stay up-to-date with the true capabilities and limitations of the technology. This will help you not only understand the potential of industrial 3D printing, but also make the best strategic decisions when deciding to work with the technology.