Application Spotlight: 3D-Printed Rockets and the Future of Spacecraft Manufacturing 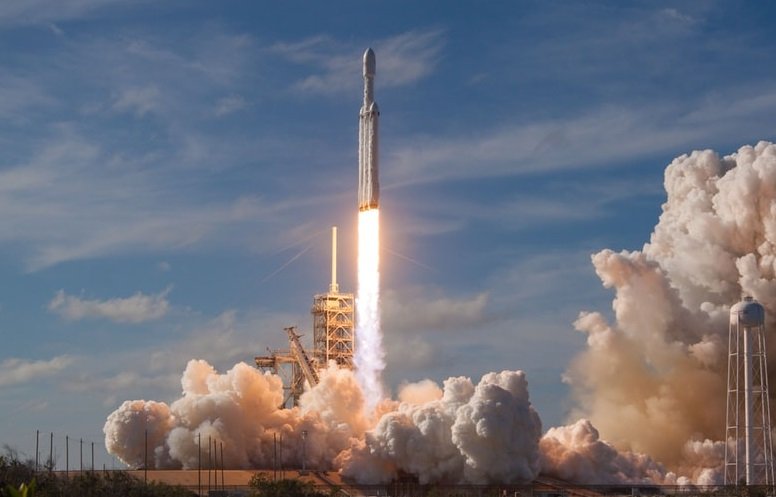 3D printing is fast becoming an exciting technology for spacecraft manufacturing, and rockets in particular. Both startups and established manufacturers are embracing 3D printing to create rocket components with enhanced design and performance at a lower cost and with faster turnaround times.

This week, we continue our Application Spotlight series by looking at the benefits of 3D printing for rocket parts, and even entire rockets.

Why is 3D printing being used to manufacture rocket components?

The race to bring satellites to space is becoming increasingly fierce.

For this reason, spacecraft manufacturers are faced with the challenge of accelerating rocket development and production, whilst also reducing costs and increasing efficiency.

For example, it can take between 10 and 14 months to make a conventional combustion chamber (a structural rocket component where a mixture of fuel and compressed air is ignited).

To produce these combustion chambers, manufacturers need to cast and forge separate components. Cooling channels then need to be machined around the chamber — a very time-consuming, labour and cost-intensive process.

Manufacturing hardware to be launched in space requires exceptional performance and precision. To ensure a successful launch, every part must work seamlessly together.

The 3D printing technologies being used to manufacture rocket components

As of today, spacecraft companies have, by and large, adopted laser-based metal 3D printing technologies such as Selective Laser Melting (SLM) to produce rocket engine parts like combustion chambers, injectors, nozzles, pumps and valves. SLM applies a powerful, fine-tuned laser to a layer of metal powder, fusing metal particles together. The process is repeated for hundreds of layers until a part is created.

SLM offers high precision (can print layers as thin as 20 microns) and is optimised to work with a wide range of high-performance metals, from titanium to nickel alloys. This technology is typically used for smaller parts.

In addition to SLM, some spacecraft companies use Direct Energy Deposition (DED) technology to create large components. DED 3D printers work by melting metal material with a laser or an electron beam as it is deposited through a nozzle onto the build platform.

The benefits of 3D printing for rockets

The ability to iterate rapidly

One of the biggest advantages of 3D printing for rocket parts is the ability to iterate designs very quickly.

“With additive, you can go through five iterations of a design before you’d even get the first ones through a traditional method, and all five of those together will probably cost less than one traditional iteration,” says Scott Killian, Aerospace Business Development Manager for EOS North America in an interview with engineering.com.

A 3D printer can create rocket parts directly from a design file without the need for tooling. If a part requires modifications, engineers can simply make changes to an original CAD file and create a new, modified design much more quickly than traditional processes would allow.

Without the reliance on tooling, 3D printing offers spacecraft engineers the flexibility to create complex shapes and geometries unachievable with conventional processes.

Consider combustion chambers. A crucial component in all rocket engines, a combustion chamber must withstand a highly pressurised environment and temperatures of up to 5,000°F (2760 °C), as propellants mix and ignite inside.

To perform efficiently, this component requires complex, internal cooling channels which are filled with gases cooled to less than 100°F (38°C) above absolute zero.

Traditionally, these cooling channels are very complicated and costly to develop. They require specialised tooling to CNC machine cooling channels and braze the outer wall of the chamber. These separate segments then need to be welded into one piece.

3D printing, on the other hand, streamlines the process by making it possible to produce the entire chamber directly. Furthermore, it enables complex cooling channel designs as shown in the image above, which would be impossible to machine.

Engines are the most expensive part of a launch vehicle (a rocket-powered vehicle used to launch satellites or other spacecraft into space). The cost of an engine can make up as much as 40% of the cost of the entire rocket. By using 3D printing to create crucial engine parts, rocket manufacturers can dramatically reduce the overall costs of a spacecraft.

3D printing allows engineers to streamline the production of rocket engine components, bypassing a number of production steps. The fewer the steps, the less equipment and fine-tuning is needed, which ultimately results in lower production costs.

Furthermore, automating the production process with 3D printing means that most labour costs are eliminated from the equation.

For example, British aerospace company, Orbex, used SLM technology and a nickel alloy to 3D print an engine for its Prime launcher. Metal 3D printing enabled Orbex to reduce its turnaround time by 90% and lower costs by 50% compared to more traditional production processes, such as CNC machining.

According to Musk, “through 3D printing, robust and high-performing engine parts can be created at a fraction of the cost and time of traditional manufacturing methods.”

Additionally, engineers can also greatly reduce the number of steps in the assembly process. This can be achieved by 3D printing rocket parts made from multiple components as a single piece.

Take an injector head as an example. An injector head is one of the core elements of a propulsion module, which forces the fuel mixture into the combustion chamber.

Traditionally, injector heads are made from dozens or even hundreds of parts, which need to be machined and welded together. In contrast, 3D printing can produce such components as a single piece.

Researchers at the German Aerospace Center (DLR) used 3D printing to create a new design of an injector head for a small satellite launcher.

The result is a monolithic part that is 10% lighter. By reducing the number of components from 30 to just one, the research team also eliminated known failure points at fastening sites. Finally, the new, optimised design is said to enhance part performance and extend the lifespan of the part.

Similarly, metal 3D printing specialist, EOS, simplified the assembly of an injector head for its Ariane 6 launcher, developed by ArianeGroup, a joint venture of Airbus Group and Safran.

The use of SLM technology allowed the team to redesign an injector head as one component instead of the 248 components required for a traditional design. Additional advantages included a cost reduction of 50% and lead times that were three times lower.

In July, Rocket Lab, a California-based aerospace company, completed the 100th 3D-printed Rutherford rocket engine. The company has been using 3D printing for all of its primary engine components (including  combustion chambers, injectors, pumps and main propellant valves) since 2013.

Nine Rutherford liquid-propellant engines power Rocket Lab’s Electron rocket, which is made from composites and can carry up to 225 kg of payload. The engine parts are 3D printed using Electron Beam Melting (EBM) technology, which is said to produce engine parts cheaper than conventional processes.

By 2020, the company plans to conduct two launches per month. With 3D printing enabling  Rocket Lab to produce an engine in a matter of days instead of months, the team is well-positioned to put this plan into action.

California-based startup, Relativity Space, wants to go beyond 3D-printed rocket engines. The company is developing a Terran rocket, of which around 95% of components will be 3D printed.

To achieve this, the company has developed Stargate, one of the world’s largest DED metal 3D printers. With the ability to create components as large as 2.7 m (9 ft.) in diameter and about 4.5 m (15 ft.) high, Stargate will print all the fuel tanks and other large rocket components.

By using 3D printing to manufacture virtually an entire rocket, Relativity Space hopes to greatly reduce the weight of the rocket, which can potentially reduce the cost of launch, whilst increasing payload.

3D printing will also reduce the number of parts that need to be assembled, thereby boosting the strength and stability of the rocket.

For smaller parts, the company is using SLM technology.

According to Relativity Space, 3D printing enables it to change designs quickly and use less tooling and labour than would normally be required in rocket development. In the end, this could allow Relativity Space to go from raw material to a flight-ready rocket in less than two months.

Relativity Space is currently the only company applying 3D printing technologies for an entire rocket. Will its concept of a 3D-printed rocket prove successful? The answer will ultimately lie in testing and launching. The test launch of the 3D-printed Terran rocket is scheduled for late 2020.

The future of 3D printing in aerospace

3D printing has revolutionised the way rockets and rocket engine parts are designed and produced. The fundamentals of rocket design may not have changed, but metal 3D printing has unlocked new ways to improve rocket performance, offering greater design freedom.

The technology can help to reduce the cost of manufacturing engines, one of the most expensive rocket components. This is achieved by reducing the number of  production steps and enabling more frequent design iterations.

Although the capabilities of 3D printing beyond engine parts are yet to be tested, the potential of the technology for entirely 3D-printed rockets in the future is truly exciting.

3D printing has become a key manufacturing technology for spacecraft production, enabling engineers to innovate faster and bring about the next generation of space travel.

In our next article, we’ll be taking a look at 3D printing in the footwear industry. Stay tuned!