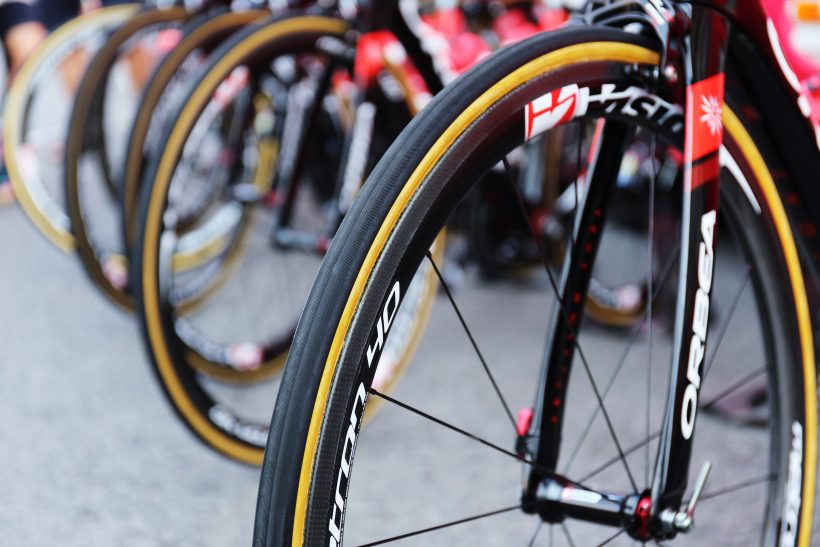 3D printing is adding a new dimension to the bike manufacturing sector, helping to create lightweight bikes whilst enabling the faster production of bespoke bike components.

This week, we continue our 3D Printing Application Spotlight series by looking at the use of 3D printing in bike production, as well as its benefits and current applications.

What makes 3D printing a good fit for bike manufacturing?

Steel has traditionally been the go-to material for bicycle production. However, in recent years, this has given way to lightweight materials like titanium and carbon fibre, which, among other benefits, can help to reduce the overall weight of a bike frame.

Having a lightweight bike offers a range of benefits to a cyclist. Firstly, it enables cyclists to reach faster speeds and ride more easily uphill. Secondly, the lower the weight of a bike, the easier it is to transport and carry. Finally, a lighter bike can be easier to control when riding and can respond more quickly to a rider’s movements⁠ — providing key advantages for competitive cyclists.

However, creating titanium or carbon fibre bikes with traditional manufacturing methods is challenging, not least because of time-consuming and often labour-intensive manufacturing processes. For example, carbon fibre bike frames are made from multiple pieces and require a craftsman to manufacture each piece manually. The production of titanium frames can be no less manual, with hours spent on welding and bolding frame components together.

3D printing, on the other hand, offers a better way of producing parts from titanium and carbon fibre.

For one, 3D printing is a digital manufacturing process that uses 3D CAD models, meaning that a part can be produced directly, with no specialised tooling required.

Additionally, with 3D printing could potentially help bike manufacturers save time and accelerate time to market.  Furthermore, bike designers can explore much more design options they wouldn’t be able to achieve with traditional manufacturing methods.

In addition to frames, 3D printing can be used to make functional bicycle components like handlebars, chain keepers, dropouts (small tabs in a frame or fork where the axle of the wheel is attached) and lugs (parts that are used to attach a frame to different parts of the bike).

The benefits of 3D printing for bicycle production

One of the biggest advantages of 3D printing is the design flexibility it offers — which makes it particularly appealing to bike manufacturers. With 3D printing, bike manufacturers can design parts with complex shapes, which would be otherwise impossible to produce. This gives them the opportunity to optimise bike performance by designing lightweight parts. This can be achieved thanks to topology optimisation software and lattice structures.

Topology optimisation software uses complex algorithms to optimise the material distribution of a part. This means that, based on specific parameters, the software will determine the areas where the material can be removed without compromising the part’s strength.

For example, British bike manufacturing company, Empire Cycles, teamed up with 3D printer manufacturer, Renishaw, to create a topologically-optimised titanium bike frame. Renishaw developed a new frame design that was 33% lighter than the original. The optimised design features hollow structures and customised elements that would be cost-prohibitive and virtually impossible to achieve with conventional processes.

When it comes to bike manufacturing, there’s great value in customisation. Not only does customisation help to add a unique touch to the design of a bike,  but more importantly, it can also enhance the performance of the bike itself.

The design flexibility afforded by 3D printing goes hand in hand with the ability to customise bike parts cost-effectively, thanks in part to toolless production.

Producing personalised bicycle components requires extensive manual labour, as each design is unique and dedicated tooling is expensive. For a small company like ideas2cycles, the cost would be prohibitive if traditional methods were used.

However, thanks to ExOne’s metal binder jetting technology, the parts were manufactured in 4 days instead of 3 to 4 weeks traditionally required to create investment casting patterns and manually modify the parts. Furthermore, 3D printing reduced manufacturing costs by more than 50%, from $1,000 (including labour) to $425 USD per assembly.

Using metal 3D printing to produce parts directly not only saved time and money but, importantly, enabled designers at ideas2cycles to focus on the creative aspect of design without traditional manufacturing constraints.

When it comes to bikes made with carbon fibre, 3D printing can significantly accelerate lead times.

For example, the process of designing, prototyping and manufacturing traditional composite bike frames can take close to a year. Furthermore, the manufacturing process is very manual and time-intensive. Frames can consist of 20 to 30 parts that are created by layering sheets of the composite material by hand. This multi-step and labour-intensive process is often reflected in the high cost of the product.

A 3D-printed carbon fibre frame, on the other hand, allows bike manufacturers to shorten and simplify a very long process of introducing a new bike to market.

Arevo is one company that has developed a composite 3D printing technology to produce carbon-fibre bike frames.

Boutique bike manufacturer, Franco Bicycles, has launched a new line of eBikes featuring a 3D-printed composite frame manufactured by California-based startup, Arevo. Part of the Emery bike range, the frame is featured in the Emery ONE eBike, making it the world’s first bike with a 3D-printed frame.

One of the unique aspects behind the production of the 3D-printed carbon-fibre frame is that it was manufactured as a single part as opposed to multi-piece assembly that is typical for traditional bike frames. Enabling this is Arevo’s proprietary robotic 3D printing process and patented generative design software.

Prior to production, Arevo’s software optimises the CAD design and allows the frame properties to be customised.

“[Using software tools] we can tune the stiffness in certain regions of the bike and allow for an even bouncier ride if it’s desired, on demand,” says Arevo’s Co-Founder and CEO, Wiener Mondesir. “A 3D-printed frame…opens up a new business model for an industry that is used to the very long process of introducing a new bike to market.”

Once the design is approved, it is then produced by Arevo’s robotic 3D printer using PEEK filaments reinforced with continuous carbon fibres. The printer features a print head attached to a six-axis robotic arm.

By moving the robotic arm, the print head can continuously deposit the material to ensure the enhanced performance of the part. This approach creates a one-piece frame that is uniformly strong in all three dimensions.

Thanks to this process, the lead time for the Emery ONE bike frame has been reduced from an 18 months cycle to just a few days. Additionally, the company was also able to significantly reduce product development costs.

3D printing offers a range of unique benefits for bicycle production, which is why a handful of specialised bike manufacturers are already integrating 3D-printed components into their products.

However, we’re some way off from seeing 3D printing for mass production within the bike industry. Currently, 3D printing is largely used in one-off projects like bespoke, high-end bicycles, where its benefits for customisation can truly shine.

That said, 3D printing enables the production of far more intricate shapes than is possible with casting or forging. Ultimately, leveraging 3D printing in bike production translates into aesthetically-pleasing, lightweight and higher-performing bicycles.

In our next article, we’ll be taking a look at 3D printing in the dental industry, and specifically for clear aligners. Stay tuned!