Application Spotlight: 5 Electronic Components That Can Benefit From 3D Printing 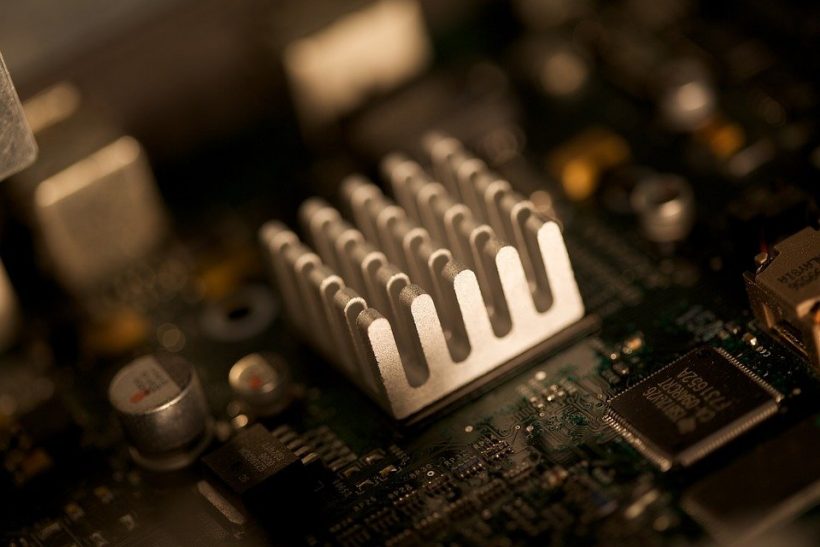 Electronics 3D printing is fast becoming one of the key technologies advancing electronics manufacturing. Presently, it’s largely being used to accelerate product development through rapid prototyping. However, increasingly we see the technology shifting to the production of functional electronic components.

By 2029, the total market for 3D-printed electronics is predicted to be worth over $2 billion. In today’s article, we’re exploring the trends and some of the applications driving this growth.

What is driving the adoption of 3D printing within the electronics industry?

The life cycle of electronic products is decreasing, urging electronics manufacturers to find ways to accelerate product development and manufacturing.

Currently, most of the production of prototypes and components is outsourced to East Asia. This means that manufacturers developing products in Europe and North America need to send electronics designs to China and often wait for weeks to get the prototypes back.

Furthermore, the minimum order quantity is often larger than a manufacturer would need, forcing them to buy more prototypes than needed for testing and validation.

With these challenges in mind, manufacturers are looking for ways to bring prototyping closer to their design teams.

One way to achieve this is by using local contract manufacturers. This, however, poses another issue of possible Intellectual Property (IP) infringement. Ideally, manufacturers need to have a solution to do prototyping in-house, and this is where electronics 3D printing comes in.

3D printers, developed specifically for electronic applications, are gaining traction because they allow electronics companies to bring prototyping in-house. Such systems often come in a compact desktop format, which makes them easy to place right in the product development department.

Another factor driving electronics 3D printing is the ongoing evolution and miniaturisation of electronics components, with increased demand for advanced functionality. The demand for non-standard, flexible electronics is growing exponentially, but since such components can be challenging to make with traditional techniques, 3D printing technologies are beginning to provide the means to meet the demand.

Printed electronics is not a new concept. 2D printing technologies, such as inkjet and screen printing, have been used to fabricate electronic components for several years now. All these processes are still well and alive but have limitations. The majority of 2D processes were developed to print in 2 dimensions, meaning they can only be used to manufacture electronic components on a flat surface.

For example, in traditional PCB manufacturing, engineers design in 2D, as well as manufacture the different PCB layers in 2D. Then they must complete all kinds of additional process steps, like drilling, pressing and plating, in order to start connecting many separate layers into a multilayer, three-dimensional circuit board.

3D printing expands the design options, in that it allows engineers to print entire circuits on non-planar surfaces.

Admittedly, this technology is currently being used mainly for prototyping. However, new and improved systems are beginning to enter the market, signalling that soon we may see 3D-printed electronics used in fully functional, mass-produced products.

Antennae are an ever-present component in all commercial and military aircraft, as well as in satellites, UAVs and ground terminals.

Optisys is one company focusing on the design, manufacturing and testing of lightweight antennae using metal 3D printing. To manufacture antennae, Optisys uses a powder bed fusion process, where thin layers of powder are welded into solid metal by a high-power laser.

Through this welding process, a part is built one small layer at a time. This manufacturing process allows for material to be added only where necessary, achieving a given mechanical or Radio Frequency (RF) function.

In one example, Optisys produced a demonstration part – an X-band SATCOM Integrated Tracking Array (XSITA) antenna. 3D printing, in combination with simulation software, allowed Optisys to reduce the number of parts in the assembly from over 100 to just 1 single piece. Optisys also reported that lead times were reduced by 9 months, from 11 to 2 months, and production costs were cut by at least 20%

An intrinsic part of any electronic system, interconnects are structures that connect two or more circuit elements (such as transistors) together electrically.

Current methods of manufacturing interconnects, like wire bonding, have some limitations, including long conductor paths and high mechanical stress on fragile components. Printing the interconnects directly onto the PCB and RF component pads could potentially resolve these challenges.

Aerosol Jet technology, developed by Optomec, is one of the technologies that can print conformal interconnects on 3D surfaces eliminating the need for wire bonding.

Aerosol jet printing begins with atomisation of ink, producing droplets of one to two microns in diameter. The atomised droplets are entrained in a gas stream and delivered to the print head. The printer then jets droplets of material at high speed, allowing them to stick to the substrate. The process takes place at room temperature without the use of vacuum or pressure chambers.

Post-printing, the MMIC devices were subjected to RF testing and reliability testing, including thermal shock, thermal cycle and current stress test. Having survived such harsh conditions, the MMICs showed no signs of performance degradation, proving that 3D-printed interconnects can perform in real-world scenarios.

A capacitor, a device used in electronic circuits to store energy and electric charge, is yet another component that can be 3D-printed.

Today’s traditional PCB manufacturing technologies require capacitors to be mounted onto a PCB. This, however, results in not very efficient use of the PCB surface area.

3D printing, on the other hand, allows capacitors to be printed right on the PCB, enabling electronic engineers to avoid a potentially time-consuming and complex assembly process, while creating smaller circuit board footprints.

Nano Dimension, a developer of electronic 3D printers, has recently announced that it has successfully developed an embedded 3D-printed capacitor. Their technology, powering a DragonFly line of 3D printers, works by depositing two materials (one conductive and one dielectric) in layers from the substrate up, following the locations specified by the design file.

After over 260 tests, with 30 different 3D-printed capacitor dimensions, the company reportedly proved the consistent results, which showed less than 1% variance between the components.

This milestone falls in line with the electronics industry trends towards miniaturisation and flatness of electronic devices. Clearly, the capability of 3D printing to produce smaller capacitors is expanding, offering electronics engineers new ways of optimising their PCB designs.

In addition to capacitors, Nano Dimension’s 3D printers are used to design RF components. These are crucial elements of any electronic system that is used to transmit data, video, voice and other information across long distances.

Harris Corporation, a company specialising in tactical communications, geospatial systems and services, and avionics and electronic warfare, has used a DragonFly Pro 2020 3D printer to develop a 3D-printed RF amplifier.

By using 3D printing, Harris manufactured a 101 x 38 mm thick circuit in 10 hours. Nano Dimensions’ silver nanoparticle conductive and dielectric inks were used to create the functional electric parts in a single print, and then the components were manually soldered to the PCB.

3D-printed sensors are one of the most exciting applications of 3D-printed electronics. These devices, which can detect and respond to some type of input from the physical environment, are used everywhere from cars’ emission control systems to automatic doors and mobile phones.

Biomedical sensors are one application that can benefit from 3D printing. For example, researchers from Georgia Tech and Emory University are developing a 3D-printed sensor that could potentially help clinicians to wirelessly monitor and evaluate the healing of aneurysms.

The sensor was created with the help of aerosol jet 3D printing. It comprises six layers, fabricated from biocompatible polyimide, two separate layers of a mesh pattern produced from silver nanoparticles, a dielectric and soft polymer-encapsulating material.

According to the research team, 3D printing enables very small electronic features to be produced in a single step. This eliminates the need for the traditional multi-step lithography process. This also means that the sensor can be manufactured at a higher volume and a low cost.

This technology provides a glimpse into how the combination of smart devices and electronics 3D printing could advance healthcare.

In addition to medical applications, 3D-printed sensors can be used to monitor the performance of turbine blades. For example, General Electric is using Optomec’s Aerosol Jet technology to print ceramic strain sensors directly onto the turbine blades. These sensors are used to detect fatigue and creep in the metal to prevent costly and dangerous failures.

The use of 3D-printed sensors has reportedly saved GE $1 billion.

Maintaining turbine blades is costly and time-consuming, but 3D printing sensors onto gas turbine components could help optimise that process.

The combination of 3D printing and sensor technologies is opening the door for wide-ranging applications in the medical, energy and aerospace industries. As the research in this area continues, we’ll see the use of 3D-printed sensors growing, fuelled by the need for smaller, yet higher-performing, monitoring solutions.

3D-printed electronics is a young but rapidly maturing sector for 3D printing, growing in response to the evolving needs of the electronics industry.

At present, electronics 3D printing provides rapid prototyping solutions, but it could be only a few years before we see higher-volume additive manufacturing of electronics. Companies are making this vision a reality, by launching improved, production-capable systems and developing better-performing conductive and dielectric materials.

The advancements on the hardware side are one of the keys to unlocking electronics 3D printing beyond prototyping.

Equally exciting is the amount of research conducted to develop applications for 3D-printed electronics. Researchers and businesses alike are pushing the envelope for electronics manufacturing by exploring new functionality and design afforded by 3D printing.

Following in the footsteps of traditional mechanical 3D printing, the electronics 3D printing segment looks set to experience tremendous growth in the years to come.