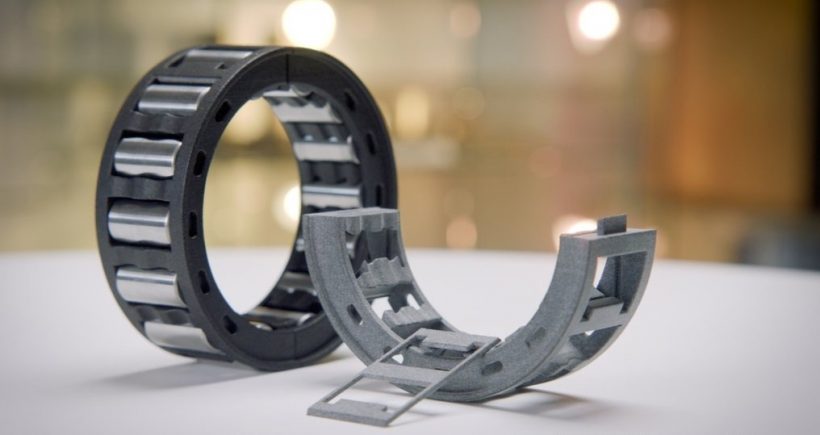 This week, we continue our Application Spotlight series by looking at bearings, critical components that are used to reduce friction between moving metal parts.

In this article, we’ll dive into the benefits 3D printing provides for the design and production of bearings, and explore how bearing manufacturers use these benefits to produce radically new bearing components.

What is a bearing? 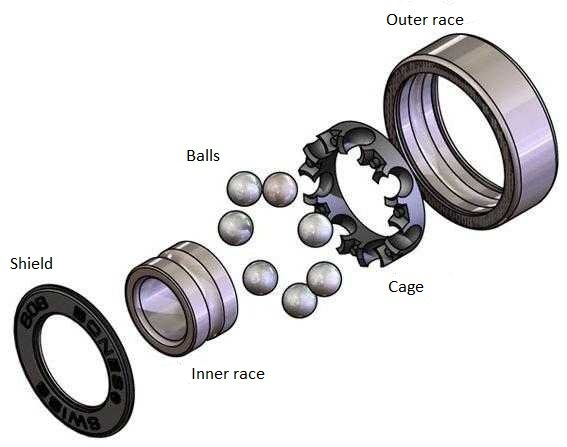 The round, wheel-like devices are used to carry loads and reduce friction between two moving parts. To achieve this, a bearing is placed between two parts that move relative to each other. Instead of sliding against each other, the parts roll against the bearing, thus keeping friction to a minimum.

Ball bearings are one of the most common types of bearings. They are usually comprised of three key elements: smooth inner and outer surfaces, known as races, rolling elements like balls or cylinders, and a cage that serves as a separator for the rolling elements. The cylinders or balls act as the load carrier for the device, allowing it to spin freely.

Bearings are used in virtually every industry. For example, all motor vehicles use bearings for essential parts like engines and steering. In this case, bearings help to support rotating components like a crankshaft, which converts the movement of a piston inside an engine into a rotary motion. Aeroplane turbines, assembly lines and medical equipment also use bearings.

Manufacturers of bearings are always on the lookout for ways to provide their customers with tailored solutions and develop better bearing designs. One technology helping to achieve these goals is 3D printing.

The benefits of 3D printing for bearings

3D printing allows engineers to incorporate more complexity into a bearing design, thereby improving its performance. For example, Bowman International, a UK-based bearings manufacturer, redesigned a cage to add more rolling elements to the bearing, which increased bearing’s working life (more on this in the examples section).

With 3D printing, manufacturers can also produce bearing cages out of flexible materials, which allows them to easily wrap a cage around a shaft.

With 3D printing, it’s also possible to design a part that is lighter by using honeycomb-like structures. This would be very difficult and time-consuming to do with CNC machining.

Furthermore, a cage can be 3D printed in nylon or a composite material instead of steel or other metal. Using polymers instead of metals in this way helps to reduce the weight of a bearing. In addition to that, a 3D-printed polymer cage is said to greatly reduce wear on rolling elements when compared to conventional steel cages.

When manufacturing bearings using traditional technologies, tooling costs can be as high as £40,000 to £60,000 for a set. For manufacturers looking to produce small or medium batches of bearings, conventional methods often prove cost-prohibitive.

Bowman Additive Production is the additive manufacturing division of Bowman International, one of the leading manufacturers of bearings and sintered components. The company has been using 3D printing for many years to evolve the design of bearing cages.

The result of its efforts is a higher-performing split bearing cage, patented as Rollertrain™. Split bearings are made in two halves, which makes them easy to install, inspect and replace. This type of bearing is often used in complex industrial equipment like conveyors and ventilation fans.

Bowman is using HP’s Multi Jet Fusion technology and nylon material (PA11) to produce the bespoke Rollertrain™ cage. The cage boasts an interlocking structure which uses the rolling elements to pin together each section of the cage. Thanks to this design, the cage can incorporate up to 45% more rollers than existing products.

The increased number of rollers means that the load can be spread over a higher number of rolling elements. This results in a 30-40% higher load capacity and extends the life of the cage by a factor of 3.

Due to the design and material of the Rollertrain™ bearing cage, the JHB Split Bearing has an increased radial and axial capacity of up to 70% and 1000% respectively, which is higher than any other split bearing capacity in the world.

Bowman acknowledges that 3D printing won’t replace conventional processes for all types of bearings. However, within the split bearing market, the technology is already becoming a standard manufacturing choice. 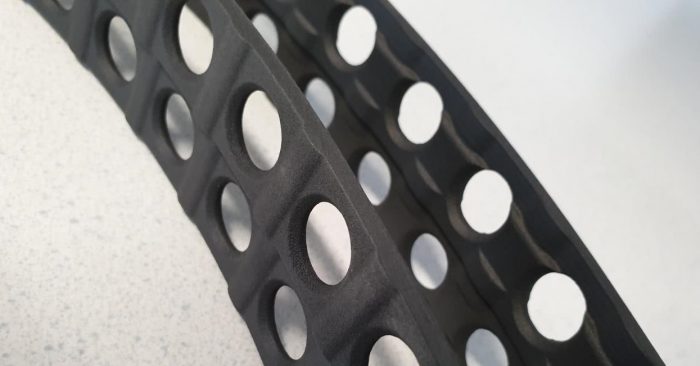 A privately-owned, luxury sailing yacht, called the Moonwave,  needed more efficient bearing cages for the ball bearings in its steering mechanism. To make the steering of the Moonwave smoother and easier, the parts needed to be lightweight, yet strong and durable.

To achieve these goals, Scheurer Swiss used carbon-fibre-reinforced polyamide 12 (PA12) and 3D printing to produce the cages. Due to the large size of each cage, which measured up to 630 mm in diameter, they were 3D printed in pieces and then attached together using an adhesive.

According to Scheurer, the project would have taken at least three weeks if standard moulding processes were used. With 3D printing, it only took three days to design and produce the parts.

Now, the composite cages have been fitted inside the advanced titanium rudder bearing system, making the steering of the luxury catamaran even easier. 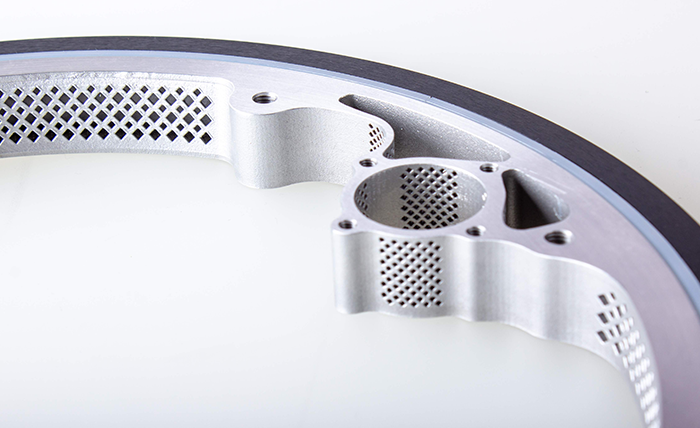 German company, Franke GmbH, which specialises in lightweight motion systems, was tasked to create a wire-race bearing for use in a patient‘s bed in a rescue helicopter.

The key requirements for the bearing were for it to have a maximum weight of 800g and the ability to withstand shocks, vibrations and large turbulence during the flight. The company quickly found that it would impossible to create such a lightweight part using conventional manufacturing.

Therefore, Franke applied advanced design techniques to make the bearing as lightweight as possible. One such technique is topology optimisation, which allowed the Franke team to optimise the material distribution in the design of the part by analysing different parameters like load, weight and size of the component.

The topologically optimised design, which also featured a complex lattice structure, could only be manufactured with the help of 3D printing.

The final bearing, which was 3D printed in aluminium, met both the weight and performance requirements and was successfully installed in the helicopter.

In the aerospace industry, engineers take every opportunity to reduce the weight of components used in the aircraft. As Franke has shown, metal 3D-printed bearings are one of the solutions that can help aircraft manufacturers introduce tangible weight savings to their aircraft.

A look into the future

Furthermore, bearing manufacturers can use a diverse range of materials with the technology, from reinforced polymers to metals. In some cases, 3D printable materials can provide additional properties like flexibility or increased stiffness, which would be difficult to achieve with materials used in traditional production processes.

Looking into the future, 3D printing will become a standard method for manufacturing small and medium batches of bearings, thanks to the added value the technology brings to bearing production.

In our next article, we’ll be taking a look at 3D printing for bikes. Stay tuned!