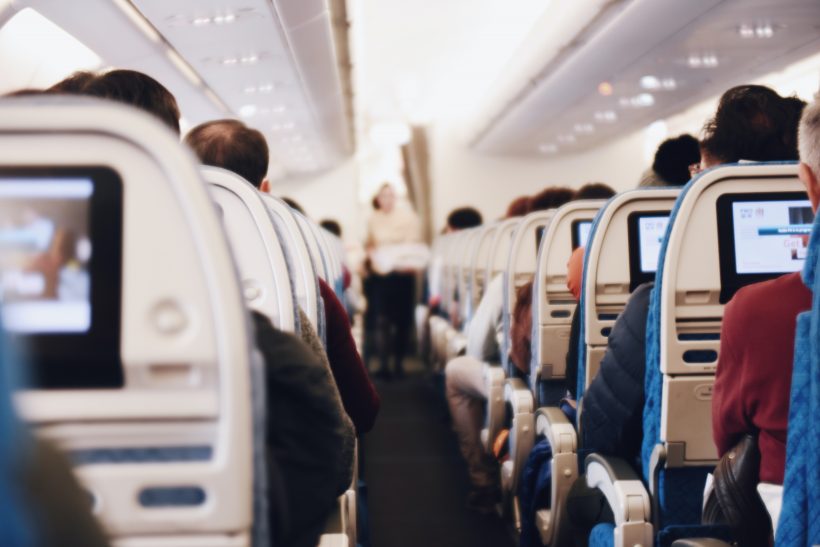 When flying on a plane, you probably won’t realise that your armrest or tray table has been 3D printed, but using this technology for cabin parts can unlock a whole new world of possibilities for airlines.

These possibilities include, for example, cost-effective interior customisation and faster production and delivery of spare parts.

We explore the key drivers behind using 3D printing for aircraft interiors while showcasing how leading companies within the aerospace industry are applying the technology today.

Airlines are always on the lookout for ways to improve the flying experience of their customers, and cabin design plays a critical role in that.

Creating custom interiors that accommodate specific airline needs and functions is a growing trend and a perfect task for 3D printing.

3D printing unlocks new possibilities for customisation of cabin parts because it doesn’t require expensive tooling changes based on individual specifications. The manufacturing of custom parts is, therefore, faster and more cost-effective.

With fuel spending being one of the major costs for airline operators, they tend to invest in aircraft with superior fuel efficiency. However, traditional manufacturing methods have limited ability to reduce the weight of aircraft parts.

Manufacturers are, therefore, keeping the search alive for more advanced and alternative methods of manufacturing parts with reduced weight.

3D printing provides one of the solutions to achieving weight reduction through optimised part geometry that allows for material savings.

Furthermore, the technology enables functional integration, whereas several separate parts of a component can be designed and printed as a single unit, further reducing a part’s weight. 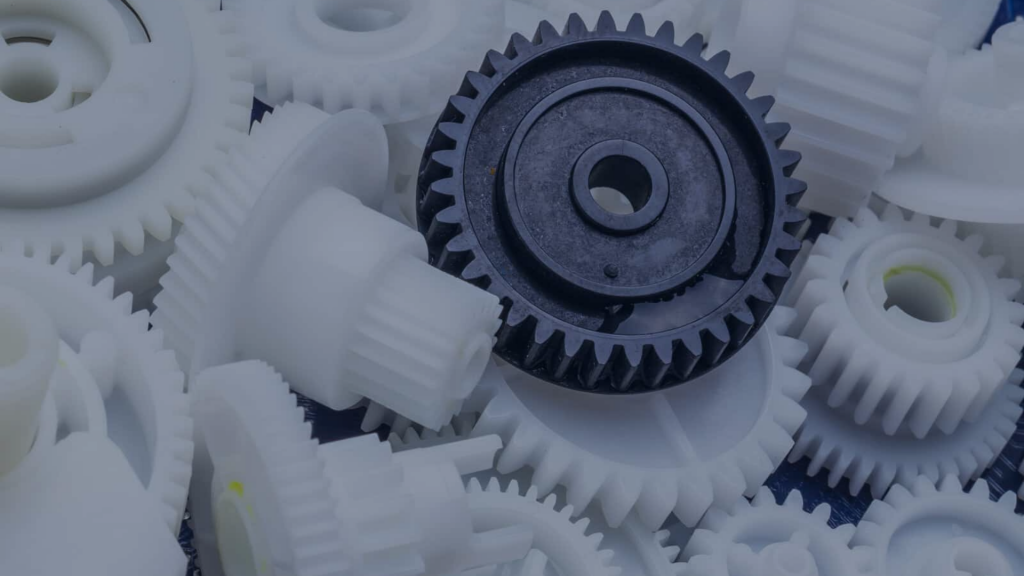 Predicting the spare parts demand is challenging and, at times, a spare part might not be in production anymore. These factors make the aircraft aftermarket service difficult and lead to the overall supply chain inefficiencies. While high inventory levels can reduce the aircraft downtime, they result in the astronomically high costs of maintaining such an inventory.

On top of that, when repairing or replacing legacy aircraft components, the associated tools may no longer be available to purchase from the OEMs.

There is a massive opportunity for 3D printing to overcome some of these challenges, by enabling faster turnaround and reducing inventory through on-demand manufacturing.

3D printing enables companies to produce parts directly from a digital design file, without using any tooling, like moulds. It means that some spare parts, particularly lower-demand parts like obsolete components, can be redesigned for 3D printing and stored in a virtual inventory, freeing up space in a warehouse and reducing inventory costs.

Where there is a need for a replacement, a design can just be pulled from the virtual parts catalogue and sent for printing.

Thanks to its ability to produce small volumes of parts economically, 3D printing also enables companies to create only as many parts as required, solving the issue of overproduction, typical of traditional production methods.

Many aircraft interior components, from vents and electrical housing to spacer panels and armrests, can benefit from 3D printing. Below we explore how OEMs and airline operators are taking advantage of the technology for cabin parts.

The second-largest airline in the United Arab Emirates, Etihad Airways, was one of the first airlines to explore the potential of 3D printing for cabin parts.

In 2017, the company showcased the region’s first certified 3D-printed aircraft interior part, a plastic monitor frame, and since then Etihad has been ramping up its 3D printing efforts.

Striking strategic partnerships with 3D printing companies, EOS and BigRep, has been one part of these efforts.

The results of collaboration with leading 3D hardware manufacturers were not long in coming. Last year, Etihad opened an additive manufacturing (AM) facility in Abu Dhabi, which had received Design and Production Approval from the European Aviation Safety Agency (EASA), to produce aircraft parts using powder-bed fusion technology from EOS.

Etihad Engineering, a division of the Etihad Aviation Group, will now use the EOS 3D printer to design, produce and certify AM components for high-quality aircraft applications and cabin parts.

The company believes that the use of 3D printing will go much further than the replacement of simple, non-critical parts.

Producing cabin parts additively offers a substantial value-add in terms of optimised repair, lightweight design, shorter lead times and customisation. Etihad’s new ‘Greenliner’, for example, a joint project with Boeing designed to advance sustainability in the aviation industry, is said to include many 3D-printed components.

Looking further into the future, Etihad envisions an entire retrofit of an aircraft in just 30 days through 3D printing, resulting in 30 per cent faster upgrades.

The aerospace manufacturer specialising in cabin and avionics, Diehl Aviation, showcased another example of 3D printing for interior parts.

Together with Airbus, Diehl has developed a 3D-printed Curtain Comfort Header – an enclosure that sits above the curtain rail, separating classes onboard – installed on a Qatar Airways Airbus A350 XWB.

The enclosure was previously constructed using several layers of laminated fibreglass and required specialised aluminium tooling, which was time-consuming and costly.

Diehl was able to assemble this part from 12 3D-printed thermoplastic components, drastically reducing the tooling costs and saving hours of workforce time.

On top of that, the parts require less rework and can easily be removed for repairs or replacements, meaning even shorter lead times during repair.

While it seems like most of the efforts for 3D printing cabin parts are concentrated in the EMEA region, European airlines are catching up.

While these components don’t impact the safe operation of a flight, if broken they can reduce the number of seats or toilets available for customers and cause delays as engineers wait for the parts to be repaired or replaced.

According to the airline, 3D printers can produce replacement parts that, while as strong and durable as traditional components, can be available in a much shorter time frame.

Citing weight reduction as another driver for adopting AM, British Airways says that 3D printing can help reduce a part’s weight by up to 55 per cent. Even with small components, the effects can be significant, as every kilogram removed saves tons of CO2 emissions during the lifespan of an aircraft.

Going forward, the airline predicts that it will be possible to 3D print a much more extensive range of cabin parts, from cutlery and seats to baggage containers and aircraft windows.

Stratasys, together with SIA Engineering Company, which provides aircraft MRO services, and a 3D printing service bureau, Additive Flight Solutions, also view AM as a critical technology to provide solutions to the airlines.

In a joint venture, formed in 2018, 3 partners have been using Stratasys FDM technology to produce over 5,000 certified parts for aircraft cabins to date.

One such part is a cover meant to protect seat controllers, preventing passengers from accidentally pushing the buttons. One of the key reasons for choosing the AM process over another more traditional one is the ability to produce a low volume order of these covers faster and more cost-effectively.

In another example, the team 3D printed a clip to hold back aircraft curtains which were coming loose too often. There are 7 different designs for these covers/curtains, meaning that the team was required to customise curtain rail end covers for each of the designs. 3D printing is much more flexible than other technologies in enabling such level of customisation.

Furthermore, 3D printing has been applied to produce a safety level catch for the emergency doors of the Boeing 787. The part is a critical component meant to ensure that the emergency doors don’t open while the aircraft is on the ground, creating the potential for injuries, as escape slides could be accidentally triggered.

Other products created were supports for the underside of the passenger seat, a 3D-printed cocktail tray, holders for bathroom soap and sanitiser dispensers.

All of the parts must meet stringent requirements, like thermal resistance and Flame, Smoke and Toxicity (FST) ratings for aircraft interiors.

So many applications, already developed by the team and installed in commercial aircraft, indicate that the future of aircraft interiors is tightly tied to maturing 3D printing technologies.

Standardising AM for cabin parts

That said, there’s no future for 3D printing in the aviation industry without standardisation. Not surprisingly, the lack of standards and certification remains a massive bottleneck in using AM for aircraft cabin parts.

‘In aerospace, if you don’t have a standard that you can certify a part against, or typically, multiple standards, then you can’t put it on an aerospace platform’, said Matthew Donovan, now former Principal Engineer for Additive Manufacturing at Oerlikon, in an interview with AMFG.

Without the right standards in place, aerospace companies will be unable to use the technology with the same confidence afforded by traditional manufacturing methods.

The lack of industry-wide standards for AM materials, processes, quality assessment, and design, together with the limited material processing data, lead to longer certification periods.

Currently, airlines and companies manufacturing parts for aircraft are certifying parts on a part-by-part basis, which is an expensive and time-consuming endeavour.

Fortunately, there is a strong push to develop the standards, policies and guidelines for applying AM for aircraft components.

Authorities, like Federal Aviation Administration (FAA) and European Aviation Safety Agency (EASA), are working with the AM industry and standards development organisations, such as ASTM, SAE and ISO, to overcome current standardisation challenges.

A set of specifications for polymer 3D printing in the aerospace sector, published by SAE International, has been one of the recent advancements in this area.

The future of 3D printing for aircraft interiors

3D printing is one of the key technologies that help airlines keep aircraft cabins at the forefront of innovation. The technology improves MRO operations by enabling low volume production of spare parts and enhances customer experience through customised designs of cabin parts.

Hundreds of 3D-printed interior components already installed in planes highlight the potential and value the technology brings to the aerospace industry. Now it’s crucial to focus on scaling up the use of 3D printing, through collaboration and standards development, to be able to use this potential to the fullest.